Article How much can a parent bear? Should Bob Geldof really blame himself? 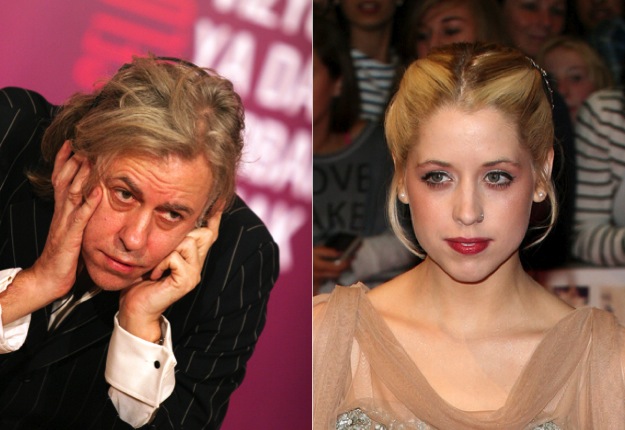 Today we’re wondering where parental responsibility should begin and end.

Logically, it’s totally different depending on the age of the child but emotionally, do we ever really make the distinction?

Can we really bear the blame for everything that happens to our children (even when they are adults) or do we need to come to terms with the fact that there is only so much influence we can have over what our children do?

Our heart goes out to Bob Geldof who, like any parent who has lost a child, is blaming himself for the death of his “super bright” but “errant” daughter, Peaches.

Peaches, Geldof’s daughter with Paula Yates, died in April 2014 of a heroin overdose.

In an interview with ITV News, Geldof said that he “goes over and over and over” what he could have done to help his 25-year-old daughter who had relapsed in the months leading up to her death.

“You blame yourself. You’re the father who is responsible and clearly failed,” he said.

Geldof said that he knew his daughter was dealing with addiction before her overdose. He went on to say that he had conversations with Peaches after she began receiving help for her relapsed addiction but feels he “clearly failed”.

We guess that’s the same for so many parents in his situation; you know there’s a problem and you spend your time flicking between letting them be the adult they now are and then worrying you’re not doing enough.  And at every turn you worry that the last thing you did or said was not quite right … and then it starts all over again.

What do you think?  Is there a point where a parent can’t blame themselves? We think yes, there is.

It doesn’t matter how much you love your child, how much you beg, plead or attempt to convince them otherwise.  At some point in time, they will make their own choices.  It’s just so devastating that sometimes, we’re the ones left behind to deal with the grief of their decisions.