Article How To Get School Lunches Under Control 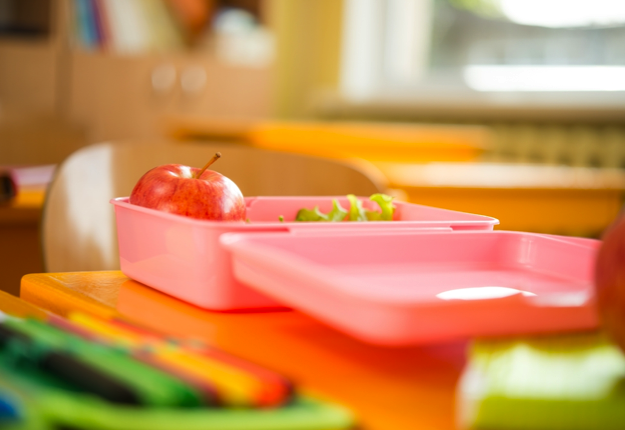 The first 1 or 2 weeks of school were exciting. But then the reality of school lunches hit!

In the beginning…..A beautiful boy coming home each day with news of his adventures in Kindergarten and mornings with hot breakfast, freshly ironed uniforms, shiny shoes and someone eager to get out the door.

My shock was to come when the novelty wore off and mornings once again became dramatic re-enactments of a scene from a cheesy family sitcom.  Me struggling out of bed, the little kids being tossed into the car in pyjamas and wholesome home-packed lunches being abandoned for the somewhat dubious selection at the school canteen.

Suddenly thoughts of whether or not we had fresh bread and cold cuts, fresh fruit and tasty treats for recess became all consuming. Late-night “scissors, paper, rock” to see who had to do the late night dash to the supermarket became more competitive than WWF Wrestling and my doubts as to whether I was really cut out for motherhood came rushing back.

As I’m prone to do, a 3am private session of pondering forced me to examine the problem in search of a solution.  I knew I couldn’t ask the nearly 5-year-old to step up and take responsibility for his lunch.

And the oldest male in the house wasn’t going to offer to upset his routine (he has a job you know). So I thought about the morning and what was going wrong …

The biggest stress was getting school lunches under control – no bread, stale bread, ham that’s out of date, chicken that looks fine, smells fine but …

But what if the chicken wasn’t fine and he gets food poisoning, vomits all over the classroom floor and has to live with the embarrassment and I’m seen as one of those ‘out of control, not quite coping if you know what I mean’ Mothers …

There had to be a solution.

Arm yourself with two loaves of bread – the actual bread type is your choice but I like to mix it up and give him one white and one multi or one white and one wholemeal, half a kilo of sliced chicken breast, half a kilo of ham, a huge block of cheese, a 12 pack of lamingtons, a batch of mini pancakes (home made if you’re up for it), a batch of date scones (again how Martha Stuart you want to be is up to you) and at least two glasses of wine.

Biggest Tip To Getting School Lunches Under Control

Make up every last piece of bread with combinations to your kids’ tastes (if they’re not into meat and cheese, stick with spreads), wrap them individually and stick a tiny piece of paper with the sandwich filling just inside the cling wrap (this does two things – tells you what’s in the sandwich and makes removing the cling wrap easier for little fingers).  Pack them all into the freezer.

Do the same with the mini lamingtons, pancakes (mine like butter and jam between them before we freeze) and the muffins.

So that’s it – two weeks’ worth of lunches in one hour.

And freezing everything fresh means tasty sandwiches, even in Summer.

Add to that the phone number of a local guy who’ll deliver a box of fresh fruit to your door during the night (so you don’t have to chat to him) every week.

School lunches are now as simple as grab the lunchbox, open the freezer and choose a sandwich, and morning snack, visit the fruitbox for cherry tomatoes and fruit and in Summer, a frozen fruit juice in a box (putting to bed any fears of room temperature meats on tender tummies).

You’ll be amazed what the extra 10 minutes gives you time for each day. And more importantly, the overwhelmingly ever-present question of ‘do I have enough stuff for school lunches’ tomorrow will leave you more time to worry about something else!

You might even have time to slap on some lip gloss before you race out the door.

What are your top tips to get school lunches under control? Tell us in the comments below.