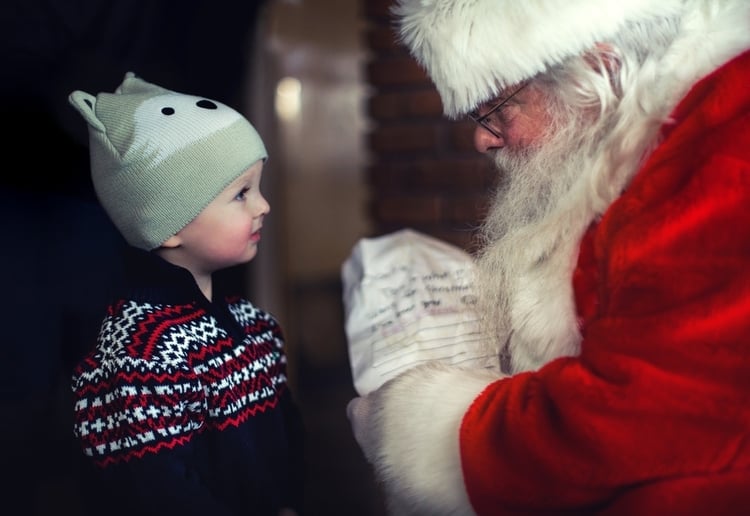 This mum was less than impressed when her ex’s partner took her child for a Santa photo.

Co-parenting can be difficult at the best of times, but one step mum has shared her story in an advice column, recounting her experience of taking her step daughter for a (COVID-Safe) Santa photo. The child’s mother was less than impressed with the plan, calling her ex-husband to question the decision and express her anger about his new partner overstepping her role.

A Struggle On Both Sides

Things didn’t get off to a great start.

“When her mother heard about (the Santa photo) she hit the ceiling,” the step mother said. “She said I had no right to take the child anywhere and called my husband and really laid into him.”

The story highlights the struggle on both sides of a co-parenting relationship. For the mother of the child, the whole situation can feel like a total loss of control. She doesn’t get to spend the entirety of the festive period with her daughter, there’s a new mother figure in her daughter’s life, and she probably feels threatened by any unilateral decisions made without her input.

On the other hand, for the child’s father and his new partner, the mother’s reaction can seem like an overreaction and a petty way of controlling their level of involvement.

In situations like these, it can be easy to lose focus on what’s really important – the interests of the child. We think that clear communication and empathy is the best place to start. If the stepmother notices that the child’s mother is particularly sensitive about her making unilateral decisions, big or small, that affect the child, then perhaps she should take a step back for now. We also can’t help but feel that the child’s father should be a better mediator in these kinds of situations, asking permission from his ex rather than her hearing it from the child.

As for the mother, it should be reassuring to know that her child has someone in their life who cares enough about them to make their festive season as magical as possible.

Who do you think is in the right here? Have you experienced a complicated co-parenting situation? Tell us in the comments!