Article ‘I Didn’t Want Kids At My Wedding, But Parents Brought Them Anyway’ 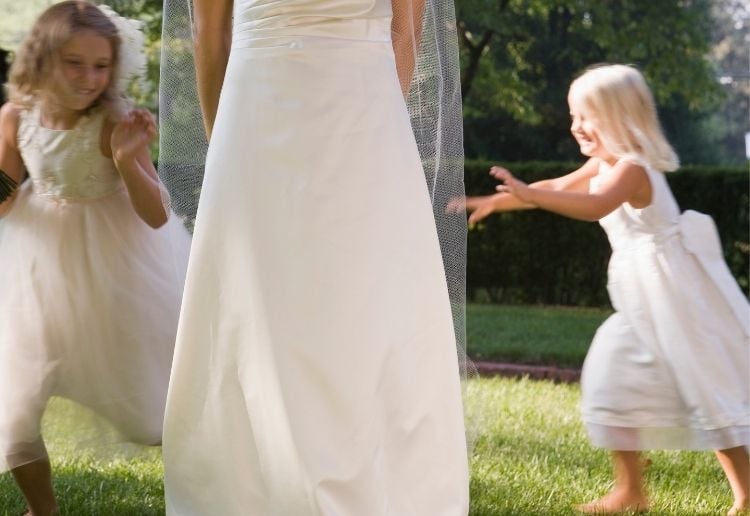 A bride has detailed her frustrations, after wedding guests ignored her request for a child-free wedding, and brought their rowdy kids along anyway.

The woman said she and her husband made it clear to guests that there were to be no children at the wedding, as both sides of the family have lots of kids who would have blown out the guest-list.

“I mean, I have a cousin with eight kids and a lot of our family/friends have two to three kids,” she explained on reddit. “The kids are generally good, so the main issue was cost. Our venue charges age 2+ the same as adults, which is $250pp (including tax/tip). It would double the cost and our venue wasn’t big enough for all the kids.”

When the couple announced on their wedding website that they would be having a child-free wedding, they were met with ‘grief’, so they decided to compromise. They offered families the chance to either:

1. “Extend the dinner the night before to include kids, and the restaurant was very nice about having close to 100 kids.

2. “Hire five babysitters for 25-30 kids on the wedding night for locals who couldn’t find a babysitter last-minute and for guests who traveled with their kids. My in-laws offered their home less than 30 minutes away to host all the kids.”

With those two offers on the table, the couple went along with their wedding planning until the big day arrived. And three couples still decided to show up the ceremony and reception with a total of nine children.

“My husband was more upset than I was because these folks were on his side. Groomsmen offered to drive the kids to the house, but they refused and made a scene. My husband was called to handle it and he said fine, as long as (a) the kids don’t cause trouble and (b) the parents pay the per head for the kids, they can stay. The staff even quickly threw together a kids table.

“I saw that unfolding and avoided it, and went about the day since it was a beautiful day and so much was happening. When the ceremony started, one kid started wailing and another skipped down the aisle in front of me. I played it cool, and the staff was on top of it. They escorted the mom and the two kids outside. The rest of the ceremony went smoothly.

“During the reception, the same two kids were screaming and throwing food. Other guests and staff were trying to get them to sit. At one point, one kid went under my dress, which was so weird. I didn’t notice and almost tripped. My bridesmaids pointed out that the food they threw got on my dress and that’s when I had enough. I gave my husband ‘the look’ and he rounded up the kids, brought them to the parents, and asked them to leave for good.”

After the wedding, the couple decided to send a bill to the three couples, with a letter explaining that they had a wonderful time with their guests, but reminding them they’d agreed to pay for their uninvited children.

“Two couples paid and were apologetic, and even said now they understood why we couldn’t include the kids. Of course, the couple with the two rowdy kids refused to pay because we asked them to leave before cake … seriously.

“Instead of apologising, we got a nasty call. All I said was they should be lucky I didn’t send the dry cleaning bill for the dress. My husband even said this concludes their friendship. This weekend, they wanted to visit and we said no thanks. They asked if we were still mad about them not paying and uh yeah, we are.”

The new bride now wants to know whether she’s being unreasonable by ending their friendship. What do you think? Let us know in the comments below.