Article ‘I Told My Wife To Breastfeed Her Friend’s Baby, And Her Friend Flipped Out’ 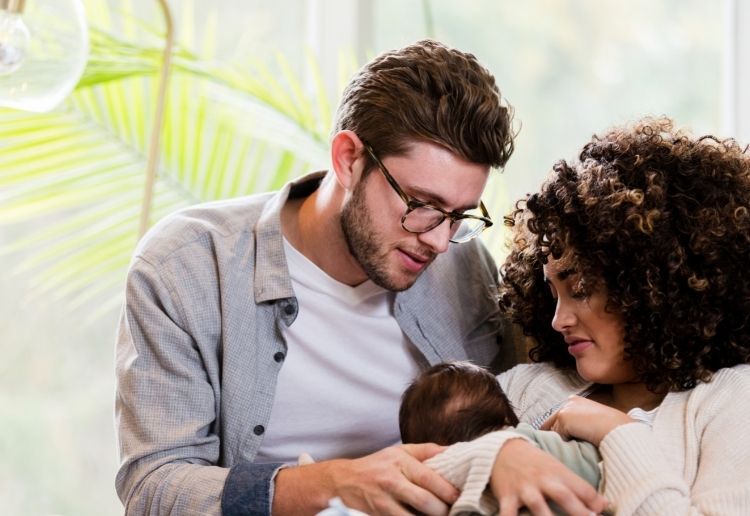 As a mum, sometimes you gotta do what you gotta do. But what about breastfeeding your friend’s baby, on the suggestion of your husband?

The 31-year-old husband and father-of-two says the sticky situation arose after he and his wife agreed to babysit their friend’s three-month-old baby when she returned to work.

“My wife is much better friends with this lady than I am but we have known her for several years, and she is a single mum so we are trying to help her out, thus we don’t charge her for the babysitting,” he explained on reddit. “We only babysit a few days per week because the friend’s work is hybrid, so she only goes in a couple of days per week.

“I work from home and my wife doesn’t work because she wants to be a full time mum to our kids. We have two children of our own, a three-year-old and a five-month-old. Today Sally dropped her kid off a bit on the early side, normally she includes several bags of breast milk for feeding times. Today however she must have forgot about the breast milk, because none was in the bag.

“My wife called Sally to tell her that no milk was in the diaper bag. Sally said she really couldn’t turn around because she would be late and asked if I could go retrieve the milk from the refrigerator at her house. My wife agreed to this without asking me if I could fit this in to my morning schedule. So my wife gets off the phone and goes when her morning activities with the three small children.”

‘She threatened to call the cops’

After a couple of hours, the man’s wife popped into his home office and asked if he would pick up the milk. But, he explained he had a conference call to jump on in a few minutes. Things got a bit tense, and words were said.

“She got upset and some of her motherly instinct kicked in and a few sharp words soon followed. I am a problem solver by nature and I may have said something like, ‘You have two boobs so what is the problem?’ With that she left my office and went back to the kids.

“Once I got off my call I went down to the kitchen and asked my wife if she still needed the breastmilk from Sally’s house. She said no and indicated that it was easier to just breastfeed both of the babies, rather then breastfeed one while trying to bottle feed the other.”

But what happened next caused not only a rift between friends, but raised tensions in the couple’s marriage.

“Fast forward to about 20 minutes ago, Sally showed up to get her kid and my wife told her that we didn’t go to her house after all and she just breastfed Sally’s baby. Sally flipped out completely and accused us of hurting her child, threatened to call the cops and said my wife was a terrible person. I missed most of the fireworks because I was working in my office, but I caught the tail end of the conversation. My wife is now kinda blaming me because I couldn’t leave when the baby needed fed.”

The husband is now wondering whether he’s in the wrong for not going and getting the milk, and instead suggesting his wife breastfeed her friend’s baby.

What do you think? Should he just have gone and retrieved the milk? Is he at fault for suggesting his wife breastfeed the baby? Let us know in the comments below.