Article If You Can’t Afford To Have Kids, Don’t Have Them! 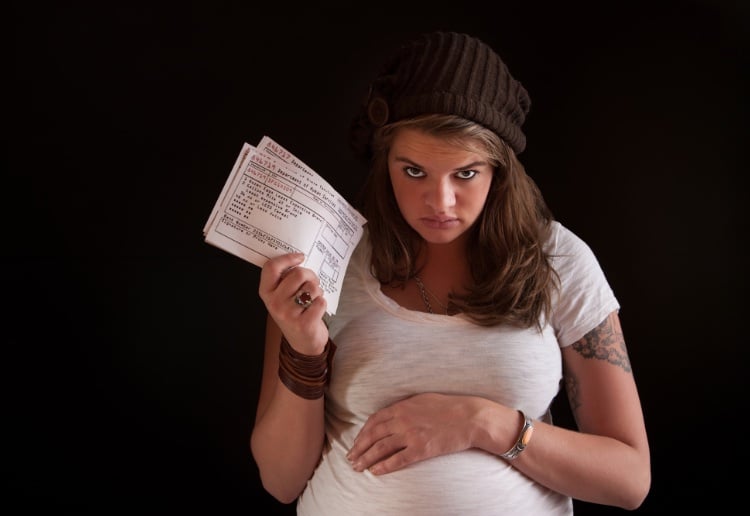 A mum is fuming after being constantly harassed by budget-hungry parents to give away her baby items, that she is trying to sell. She has a message for parents: “If you can’t afford to even buy your child clothes, do not have a baby!”

This mother-of-three shared her frustrations on Mumsnet saying that she is a regular seller on her local kids classified group.

“I sell my children’s old clothes and bits and bobs to fund buying new ones like every other parent probably does,” she said.

However, in the past months, she’s had women message her and ask if she will give them her sale items for free as they’re “pregnant and can’t afford the items.”

If You Can’t Afford A Kid, Don’t Have One!

The mum was angry for being put in such an awkward position.

“Seriously why have a baby if you can’t even afford basic baby grows and cheap little outfits?,” she complained.

“If you’re struggling (now), it will only get worse (once the child grows).”

Can’t You Give It To Me For Free?

She explained that one mum had the audacity to ask for a cot, a microwave and blackout curtains for free. She decided to take pity on the new mum and agreed to give her the curtains, as she had already sold the other two items.

But she regretted her generosity when the woman responded.

“Then she asked could I deliver or post, (and could I cover the) cost as well? I felt like saying shall I come fit them too?”

She received a similar request from another mum:

“A lady messaged asking if I could give her all my baby items I’m selling as she can’t afford any for her unborn son.”

The poster said that she wasn’t well off herself and “she saved and searched for specials” so she could afford the more expensive brands for her kids.

Why Do They Even Ask?

She was perplexed about these freeloader’s responses.

“Why do people keep asking for everything for nothing?” she asked.

“Yes times are tough at the moment and everyone’s situation is different, but if you’re struggling now it’ll only get worse because children are most certainly not cheap!”

She received alot of varied responses to her rant.

Many agreed with her:

“People need to be able to look after themselves and their families. They should absolutely not set out to have children if they will not be able to feed them and buy clothes for them,” one said.

“To ask someone you don’t know to give you something is rude,” another comment read.

Some commenters suggested that they may be scammers – trying their luck to get pricey items for free, so they can then on-sell them.

Others felt the mum was being too judgemental.

“People sometimes have babies when finances are tight. Is it always a good idea? No. Is it sometimes the least worst option for them? Yes. All sorts of things can happen during a pregnancy to make people go from financially stable to financially precarious,” read one response.

“It would be lovely if it was simple,” said one response. “But life is all about nuance and shades of grey rather than black and white.”

“Some people’s relationships (and financial support) collapse before the birth. Some people don’t fully understand the financial commitment they are making.”

Yet another slammed the mum for her gripe:
“People are allowed to have children whatever their financial circumstances. It’s not a privilege for the rich.”

Do you think this mum had a point? Should you have kids if you can’t afford them? Tell us in the comments below.