Article Introducing FOMBMO- Fear of my baby missing out 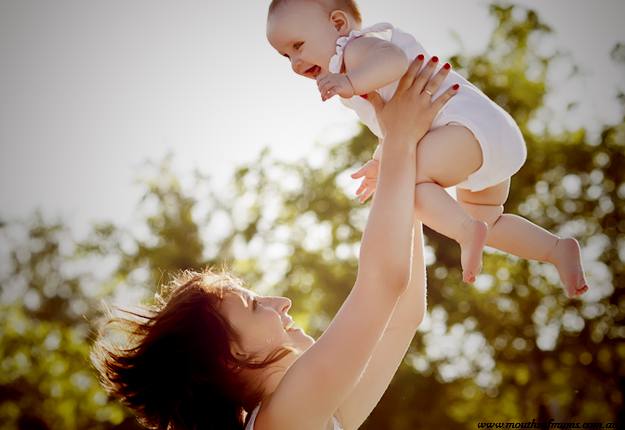 FOMBMO – the fear of my baby missing out…

As my little darling approaches his one year mark I am loving watching him go through an incredible period of growth and learning. He is an intrepid little explorer, scooting about the unchartered territory of our house on all fours and checking out everything he can get his hands on. He is as relentless as Captain Ahab from Moby Dick in his pursuit of the family dog, following him from room to room fuelled by his desperate desire to dish out ebullient cuddles. I love the way everything is a source of fascination and entertainment for him at the moment, from the drawer full of kitchen utensils to the roll of toilet paper on the bathroom wall.

The days that I’m not working are filled with finding new and exciting ways to occupy Rafferty and to fill his world with wonder and excitement. His father and I have been busy showing him how to finger paint, taking him on bicycle rides and spending hours at the park on the swings and slides. I feel confident that my son is on track for a wealth of happy childhood experiences and memories.

Until I get onto facebook. You know how you often look at your friends’ facebook feeds and get the feeling that they are having a way more fun life than you? They’re off on holidays in Europe, promoted again at work or spending all weekend at some hip music festival that you passed on because somewhere along the line you stopped being able to cope with loud music and standing up for long periods of time. I’ve always experienced those little pangs of jealousy and inadequacy when seeing what my friends are up to on social media, even though I know I am leading just as satisfactory a first world life as everybody else.

Suddenly though, those jealousy pangs are a hundred times worse, because now I’m seeing what my friends’ babies are up to. And they are all having so much fun! Can I coin a new term here? Instead of FOMO – Fear of Missing Out, I’m starting to suffer from FOMBMO – Fear of My Baby Missing Out. It’s not even pronounceable really, but I think it’s going to be a thing.

I scroll through my facebook account and there’s little baby Jessica patting a kangaroo at the zoo, which makes me feel bad because the closest Raff has been to a zoo is the time we drove past some horses in a paddock and slowed the car down so he could look. There’s a gorgeous shot of his mate Harry playing ecstatically in the sand on the beach – Raff hates sand and curls up like a koala while screaming his head off as if you’re lowering him into a pit of molten lava (He is not even cool with grass at this stage). Happy snap after happy snap of babies doing wonderful things and having a fantastic time and even though I upload my own fair share of exciting moments, the pics of other babies having a good time makes me feel lacklustre as a parent in the same way people’s ‘Kokoda Trail Fundraising Trek 2013’ photo uploads make me feel like sub-standard human being.

There’s the milestones factor as well – babies a whole three weeks younger than Raff standing up on their own (he won’t even let go for a second) or having their fifth haircut (Raff has a tiny layer of fuzz that you can barely pinch between your fingers).

These feelings are so completely irrational but my maternal instinct really ups the crazy on this one. “Nobody’s baby is allowed to have more fun than my baby!” it screams, when I view updates of bubs tobogganing in the snow (my baby has never seen snow! Oh poor deprived child!). It really gets on a roll too and tells me the only way to compensate is a trip to the toy shelves at K-Mart for yet another plastic thingy that spins, whistles and beeps. I am even fretting preemptively about what will happen once all the babies start school and Raff’s peers are getting honour awards and winning running races while I am being called in to discuss his nose picking addiction with the teacher.

I know you’re sitting there thinking “Heavens woman, get a grip!” and I will admit that I am exaggerating a little bit in order to amuse you.

Of course I am able to enjoy all the sight of all Rafferty’s little friends enjoying themselves while they learn and grow. How blessed we all are to have healthy happy children, truly what more could you ask for?

But motherhood is a crazy game and if there’s even a tiny chance that you’re sitting there nodding your head shamefully in agreement and saying ‘FOMBMO’ out loud just to see how it sounds then at least you can take comfort in knowing that you’re not alone.