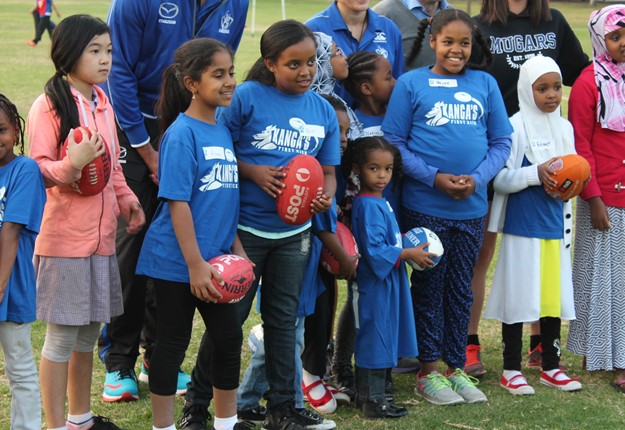 12 year old Amren is a budding footballer, and all thanks to Kanga’s First Kick, a clinic that introduces AFL football to girls and boys aged 6-12 years old from migrant and refugee backgrounds, developed by The Huddle.

Since completing the ten week program, Amren, a new arrival to Australia, has joined her local football club. She says that football is a sport for everyone- both boys and girls and she loves being part of a team.

“There are six girls in the under 13’s who are from migrant families who play each week and five girls, including one in 2014 who had only been in Australia for 18 months, in the under 18’s who have found and embraced AFL football through The Huddles’ programs and some encouragement from our volunteers.”

But it’s not just the kids getting in on the action. The Huddle volunteer coaches work with mums and dads to help educate the parents on the culture and community spirit of the AFL. From preparing the oranges for Saturday morning sport, to ride sharing and working out transport for those who don’t have access to a car, all the of the things we take for granted growing up in Australia can be shared with a broader community through programs like these. 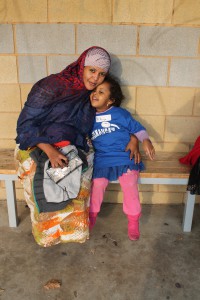 Each year The Huddle works with more than 6,000 young people from migrant and refugee backgrounds. They are up for a Medibank Community Grant to expand the Kanga’s First Kick program, you can vote for The Huddle online at medibankcommunitygrants.com.au