Article Launch of plus size clothing for toddlers raises concerns 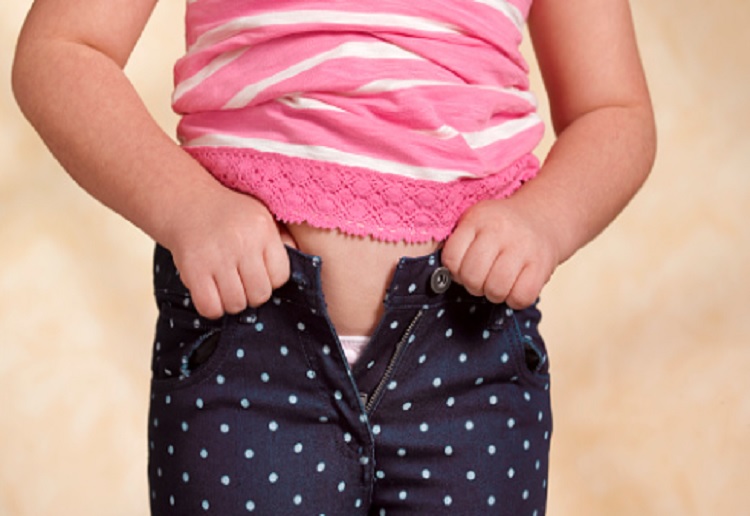 Concerns that a UK clothing retailer has launched a plus-sized clothing range for children.

The range caters for kids three to 16 years and features jeans and tracksuit pants with larger than normal waists.

The UK Telegraph reports that a plus-sized children’s range is evidence that childhood obesity has moved beyond epidemic proportions because it is now considered normal.

Tam Fry, chief exec of the National Obesity Forum, said: “Next is simply catering for the market and the size of existing market is getting bigger, so they will be putting up their sizes. They may get stick for it but they are simply saying we have to clothe our customers.

“They are responding to current state of affairs, It has been in a bad state for a long time but this just shows it has now gone beyond the point of a crisis. The UK is sitting on a time bomb of childhood obesity, children are several times fatter than they were in 2002.”

There was mixed response to a discussion on Studio 10 about the plus-sized clothing range for kids raising concerns that this is a sign that we’ve given up on fighting obesity and accepting that this is normal, most people agreed that the kids have to wear something.

– “I think this is fabulous! I was a fat kid who lived in ‘grandmaclothes’ cause in the 80s and 90s there was nothing appropriate for kids who were overweight. I feel it’s making them comfortable enough to give kids the self confidence they need to get out and enjoy life!”

– Another said, “It’s not accepting it but shouldn’t obese children be allowed to feel good in what they wear like the rest of us?”

– “We’re getting taller and we’re getting bigger – that’s evolution. Bodies come in all different shapes and sizes and we should 100% cater for size diversity!!! Not doing so is actually discrimination and feeds into the unhelpful weight stigma within our society – it would be so great if we could stop making assumptions about anyone based on their weight / body size.”

“It’s reality, and these kids deserve to feel good about themselves and wear clothes that suit their body shapes!!! Fantastic!!!”

– “Brilliant idea. ALL people have the right to be clothed nicely INCLUDING larger people. You really want larger people wearing clothes that dont fit????? There is clearly a markEt out there for larger trendy clothes.”

“So because a kid needs bigger clothing size than the ‘average’ child their age they are classed as ‘obese ‘???”

– “Still fighting obesity…..but these kids just want cool fashionable clothes like their friends. Especially in the teen years. If this makes the kids feel good about themselves then they are more likely to want to eat healthy and exercise.”

Do you think it is great that we are supplying a growing need? OR is it a sign that we are accepting a new normal?