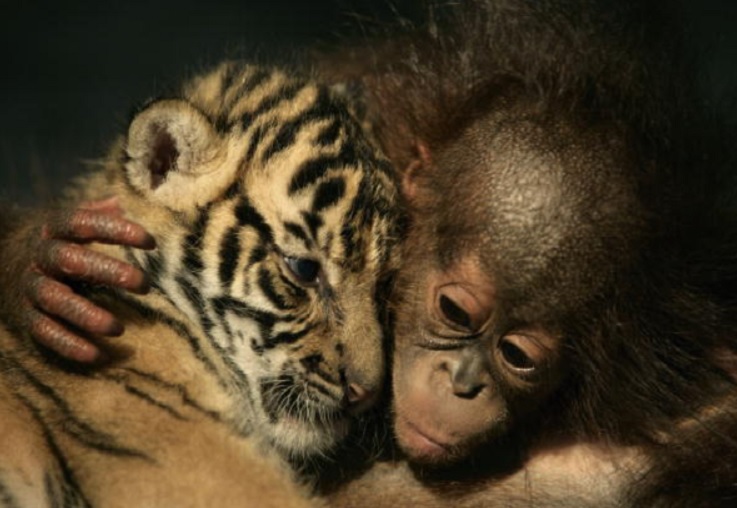 Those long lost aunts and uncles at Christmas can be quite scary to little ones.

If you have extended family visiting for Christmas, it is a good idea to chat to the kids about them NOW before they land on the door step. Show them photo’s and talk about them fondly so they are not a total stranger when they lean in for a hug.

I am probably not alone when I say as a child we were always encouraged to hug and kiss various friends and family members. Whether we liked it or not. It was a sign of respect and something you really shouldn’t mess with.

I have never pushed my own children to hug someone they really don’t want to, or aren’t in the mood to. They will do it if they feel comfortable.

At times it is all about the “power” and how much they can annoy you by NOT giving you a cuddle. But that is all fun and games with mum and dad. I too love that little game. It is very special between the people they feel safest with.

But there are often genuine circumstances when kids simply DO NOT feel comfortable showing affection to someone for whatever reason.

A post on everyday feminism explained it all so clearly for me. James St. James wrote 7 reasons why your child should never be forced to hug anyone (Yes, including relatives):

1. It teaches your child that they don’t have control over their own bodies.
2. It implies that you (or adults in general) have the right to touch your child how they want, when they want.
3. It tells them that relatives can’t be abusers.
4. It disregards your child’s comfort zone.
5. It risks dismantling their natural, healthy sense of stranger danger.
6. It ignores any important, subtle cues your child is trying to tell you.
7. It sends the message that hugging (or physical contact in general) is the only way to show affection or appreciation for another person.

“To someone who doesn’t want it, an affectionate action is rendered meaningless at best and damaging at worst.

Forcing hugging on a child tells them that
1) they’re expected to show affection toward this person, and
2) that this is exactly how they must show that affection.

Instead of being a hug tyrant, allow your child to be creative in how they show affection. Let them draw a picture or share a piece of their favourite food or read to you from their library book.”

Peter Saunders, chief executive of the National Association for People Abused in Childhood in the US sums it all up like this: “Children should never be forced to do anything which makes them uncomfortable around these issues. Children are instinctive and intuitive around people they are not comfortable with. And we need to respect that.”

“There are certain things we make children do which is quite different. We make them brush their teeth, for example. That is quite different to forcing them to kiss an uncle they don’t want to. It’s about boundaries. And this blurring of boundaries [by forcing them to kiss someone they don’t want to] can indeed blur their understanding of what is right and wrong, about their body belonging to them.”

Parenting expert Dr Justin Coulson says he is in general agreement with James St. James’s blog. “We have always told our children precisely that. We want them to decide for themselves. And as much as the mum in the video is trying to be cute, I don’t like it. It’s emotional extortion.”

I think the big key for adults is … don’t take it personally! If a child refuses to give you a hug or kiss they may just be having an off day. But we need to let them say this and respect their personal boundaries.

And if your child doesn’t like to hug then maybe give them a high five or simply a pat on back. There are many ways we can show affection and love without kissing and hugging.

Even a prior warning to those long lost family and friends that are visiting this Christmas that little Bob isn’t a fun of contact. It can’t hurt to have other plans already in place.

Do you encourage your children to hug and kiss friends and family? Share your thoughts below.