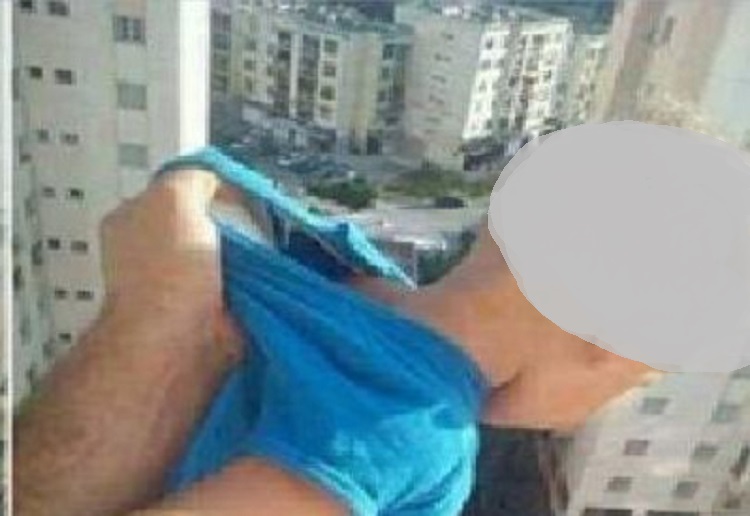 A man dangled a child out of the window of a 15th-floor apartment so that he could get 1,000 likes on Facebook.

The Algerian dad had posted a video of the child being held by just his shirt 150 feet above the street below with the caption, ‘1,000 likes or I will drop him’, reports Daily Mail.

When people picked up on the shocking clip, he was reported to the authorities in the capital Algiers and yesterday he was sentenced to two years in prison.

Prosecutors took him to court where it transpired he had carried out the horrendous stunt simply to gain a high number of views and likes on the social media site. 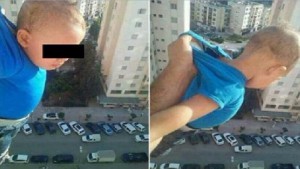 Is the process Facebook spammers use to accumulate as many followers (reach) on Facebook as possible using manipulation, exploitation and deception. This reach can then subsequently be used by the spammers to make money or launch online scams. Often like-farming is used by those craving the social media limelight with no real “end game”.

The processes like-farmers use to accumulate these followers can vary depending on what version of it you come across. Most popularly, like-farmers will create Facebook pages that will consistently publish exploitative or deceptive posts designed to go viral by encouraging Facebook users to engage with (e.g. like, share, comment on) them.

Please report these images to Facebook or  to the Police if you feel necessary.

Read more: Mum furious as scammers use photo of her son claiming he has cancer