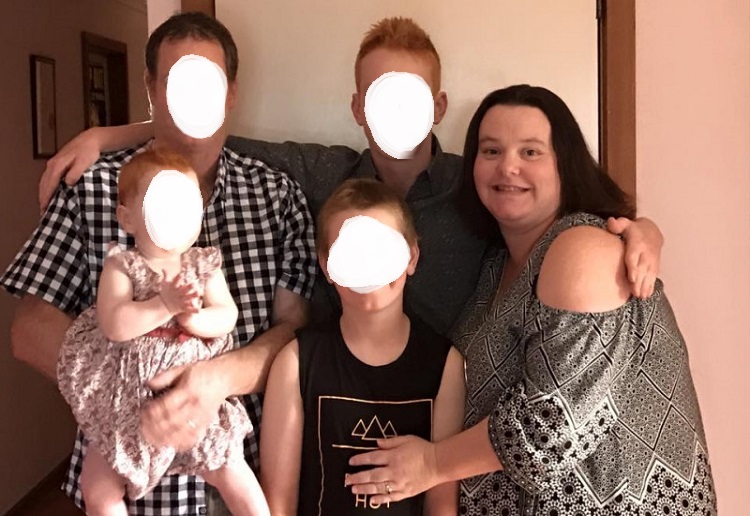 Tennille Smith, from Mill Park, started feeling ill on her 40th birthday, on October 8, and collapsed at home days later after believing her symptoms would pass, her family said.

She spent more than a week at at the Northern Hospital being treated for the flu and pneumonia before she died.

“It’s devastating. Our family has been turned upside down,” said her father, Garry Seamer.

“But we’re not the only people who’ve lost someone from the flu this year. There’s just got to be more awareness for people out there.

Mrs Smith managed to cling to life for just one more day so that her organs would be in good shape for donation.

‘Even right to her last breath, giving her organs to provide hope for other people’.

Just last week young, Madeline Jones, aged 18,  become the latest victim of the country’s deadly flu outbreak where she become unwell while on a holiday to the Sunshine Coast with her boyfriend two weeks ago and fell into a coma. Read more here.

PLEASE if you are feeling unwell do not hesitate to visit a doctor.

Doctors have blamed a cheap flu vaccine for Australia’s horror flu season, as the deadly virus claimed hundreds of lives.

Professor Paul Van Buynder, chair of the Immunisation Coalition, told the Daily Telegraph the government needs to invest in the stronger vaccine, regardless of the cost.

Professor Murphy said the stronger vaccinations that are available internationally were ‘currently not able to be supplied in Australia’.

‘The choice of vaccines is based on recommendations from independent medical experts including the Australian Technical Advisory Group on Immunisation,’ he said.

Our thoughts are with Tennille’s family and friends.