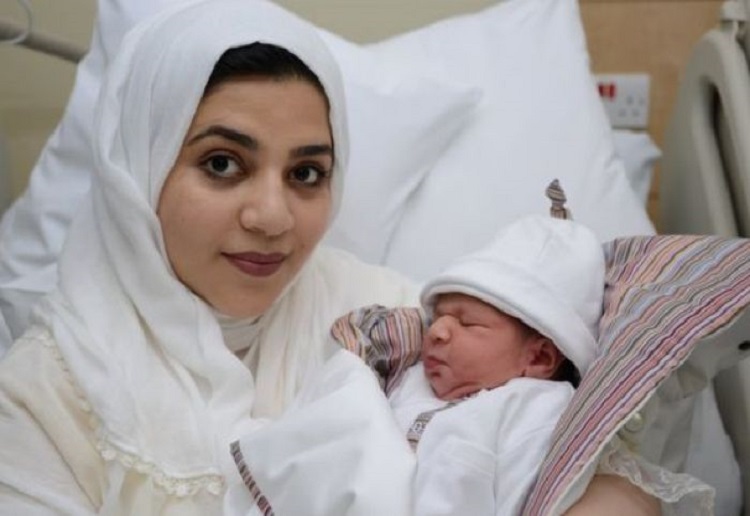 A 24-year-old woman has given birth in London after doctors restored her fertility using ovarian tissue preserved when she was nine, reports ABC news.

Although ovarian tissue transplants work for older women, doctors have never successfully used tissue from such a young child, and experts say the news gives hope to women with childhood illnesses.

Moaza Al Matrooshi was born in Dubai with a serious blood disorder. By the age of nine she needed chemotherapy, which resulted in her ovaries becoming damaged.

Before the treatment doctors froze tissue from her right ovary with the hope it could be used to restore her fertility later in life.

She never thought she would be able to give birth.

“It’s a miracle that I have my baby now,” she said.

After more than a decade in storage, the frozen tissue was stitched onto Ms Al Matrooshi’s damaged left ovary during surgery in Denmark.

“It was put back into Moaza… into an ovary that was basically failing, into a maelstrom of hormones — and it may have just decided not to do anything,” she said.

“But it reactivated and then told the body that the body was no longer going through menopause, and then the ovary started to work again and produce eggs like a young ovary would do.”

It began producing eggs within months.

“We’ve been waiting for a long time for something like this, and it’s been a process over the last two years to arrange it,” Dr Matthews said.

“But to see a baby at the end of it all is absolutely wonderful.”

Professor Michael Chapman, president of the Fertility Society of Australia, said that a similar project was underway in Australia and the successful procedure in London was “as a first step, great news.”

“We in Australia have been freezing such tissue now for around 15 years, but we’ve never had the opportunity to transplant it back into a young lady once she’s gone through puberty,” he said.

Professor Chapman said he was expecting similar procedures to take place in Australian hospitals in the not-too-distant future.

“If you think about it, these girls are now only in their early 20s — even the first tissue that we froze — so the opportunity hasn’t yet arisen,” he said.

“This sort of technology is giving hope to girls suffering from cancer and gives them hope for future fertility.

“Childhood cancer is not curable, but the success rates are hugely better than they were 10 years ago.

“So these girls are looking to a future for their fertility, as well as survival.”

Amazing what modern medicine can do.