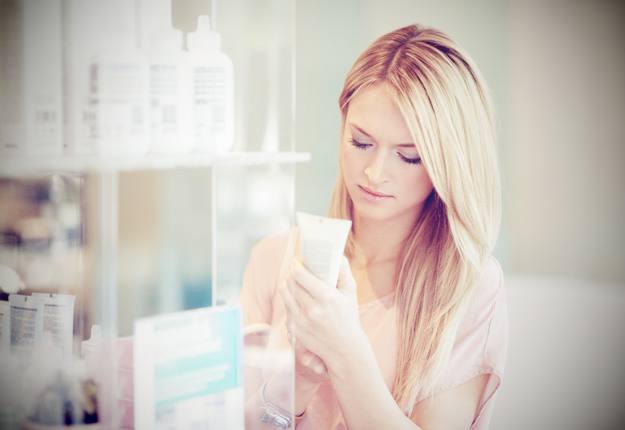 I’ve been having a moral dilemma lately, well… when I say lately, it’s more like years (at times) but more so in the past 6 months which is why I’m now questioning and looking for answers. PLEASE don’t hate me or send me a barrage of abuse, I’m honest in my intentions and REALLY looking for answers, your perspective, and thoughts – I welcome them! I’d like your take on it.

My girlfriend has been vegetarian for the 25 years I’ve known her (now when she says vegetarian – I say that loosely as she still eats fish, prawns and butter etc so from what I’ve read that’s NOT vegetarian right? Anyway that’s yet another article! Whatever, I love her to bits and she’s my BF regardless of what she calls it and what I think of it).

Another great friend of mine has been posting a lot on her Facebook site recently about her quest to find and use products (makeup and household cleaners etc) that are not subject to animal testing. She’s posted some pretty sad and honestly sickening posts that have really opened up my eyes. I had NO idea the immense torture animals go through all the name of beauty – not theirs –  trust me! And not ours either I’m sure – beauty is only skin deep when it comes to using these products because NO person in their right mind would use the products if they knew the pain inflicted on animals to make them. If you’re brave enough just go to this site it will send you down the same track I’m on – so better consider whether you want to take the red pill or the blue pill before you go down that rabbit hole. Either way they’ve probably both caused hundreds if not thousands of animals more pain than we’ll ever bloody imagine or can even think of in our worst nightmares

After seeing some of these horrifying images and stories, I followed my friends lead and put the call out thinking YES I don’t like the idea of using products tested on animals (I mean seriously, does anyone???) – I want to do the right thing.  We do mostly do the right thing at home – So I posted a simple question on my Facebook site asking if anyone had any makeup products that were not subject to animal testing.  You’d think that would be fairly easy right? Well so did I, how wrong I was!

Oh I had a pretty big response from it – for sure! At first I was really happy that there were so many ‘consciously active’ companies out there. Then I started delving into them a little further, spoke to my friend Carren (who has been doing some very involved research) and found out that a host of ‘natural and organic’ companies claiming to be ‘not tested on animals’ actually probably didn’t test on animals themselves but were using ingredients outsourced that WERE put through animal testing such as titanium dioxide, dimethicone and other ingredients that are tested on little furry ones – sorry guys, it’s pretty simple in my book – that means your product HAS been tested on animals. What REALLY surprised me was that most of the consultants who represented these companies were unaware of it. Weird right? How could they not know? It’s even on their website in some cases! So it lead me to question all of this further, thinking deeper on it, and ultimately a further quest which has now brought me to my moral dilemma.

I’ve often felt guilty ordering my favourite meal (an eye fillet steak with mushroom sauce and Caesar Salad – yes I know please don’t throw stones at me!) when out with my girlfriend as she eats her Vegetarian (??) meal. I’m not a BIG meat eater – when I say big – I guess I’ll eat meat (fish/chicken/beef/pork/sheep) maybe twice a week – sometime less (is that big? I’m not sure I don’t know now – it probably means I’m a serial meat eater!), but my friend who has been researching it all lately and her posts on her Facebook have really got me thinking more and more about vegetarianism and all the products we have that are tested on animals. I’m not liking how I’m feeling – It doesn’t sit well with me. My stomach doesn’t like me thinking of it either – I get this awful feeling in the pit of it and feel immense shame.

I feel there’s a massive wave of awareness surrounding this right now – it’s gaining momentum which is probably why I’m having my dilemma and maybe you are too. I might be called spiritually un-enlighted for what I’m about to say by going here (I do believe we’re all connected, that all living things do feel etc) but I don’t know where to go from here… I mean think about this for a minute..

Years ago when people killed animals for food and clothing they killed quickly and were grateful to the animal for the food and clothing it would provide their family with. There was blessing, gratefulness and love attached to it. Now more often than not there’s nothing of the sort and in some cases extreme and prolonged torture of despicable proportions (just go to this link if you don’t believe me – think carefully before you do because you will be forever changed).

But it’s not just with animals – people are doing this to people as well – just this morning I saw a post on a friends wall that she was tagged in (which is why I saw it because I know she would NEVER post anything like it) showing a group of Bangladesh men hitting and kicking the shit out of 1 man until he died. It made me sick and was horrifying. I couldn’t watch it all – it was so demented that I cried. Are humans now that mentally ill they think it’s ok to do this? And how desensitised have we as a race become? How can ANYONE in their right mind stand by and watch a man bashed to death with no means to defend himself by a large group of men? Where is our compassion? Where is our strength? What has happened to our spirits? How on earth could people NOT stand up and shout ‘STOP! That’s not right and you’re NOT going to do that to a person, a puppy, a cow, a goat!’. It’s the same thing when we see people being bullied, same – same but different – right?

But you know what – I am being hypocritical – I know it! How different am I really? I can try and justify my actions and decisions but in the end I’m endorsing this behaviour – I know I am adding to the problem when I buy a leather belt or some mince for the spaghetti bolognese for the nights meal. How do I know that the animal product I’m buying didn’t suffer? ….. I don’t know.

I was born in Stanthorpe (country Queensland) and spent some time there before moving to the Sunny Coast at 11 – my grandfather had big properties and ran cattle. He had loads of horses too (he played polo, bred them and sold them to auction), I used to sit on the fence as a little girl and name them when they were born. At the time I didn’t see anything wrong with it. I never once saw my grandfather be anything other than caring towards his stock – he LOVED them all. I know there are many farmers who think of their goats, cattle and sheep like their kids too! I took my 3 little boys to visit a Dairy Farm in the holidays run by 3 families who you could tell adored their animals. It now crosses my mind that if we stopped eating cheese, butter, eggs etc then these lovely, caring and hardworking people wouldn’t be able to feed their families. I am almost SURE they don’t put their animals through any kind of torture when ‘that’ time comes – I can’t even say it now..

I think I am doing my best as a human being. I don’t torture animals. I don’t have animals I can’t look after. Our diet is now almost 80% fruit and vege. I only buy chemical free hair care, household cleaners, and skincare – most of which is organic. in fact our house would be about 80% organic and natural. I think I make great choices for my boys and I. But it makes me sad, no, it pains me, to see how animals are tortured and I’m worried I’m buy products from companies who inflict that pain onto another living being.

So you can imagine how I’m feeling as I sit here on my leather lounge, after driving home from picking Jaxson up from Rugby (who was playing with a leather ball) in my car which has leather seats, and thinking of my leather boots and belts in my wardrobe – oh yes and my red leather jacket that I had specially made to measure on a trip to Thailand. I think how big a task it would be to get rid of anything made of animal or tested on animals, is it impossible? Is there anyone out there who is sitting there reading this and can honestly say they have NOTHING made from animals or tested on animals that they know of for sure?

Where do you start? Maybe the first step is in making more ‘conscious’ decisions. Maybe it’s by signing petitions that add our voice to the growing list of hero’s for our fallen furry friends? I don’t know. I do know how hypocritical I must sound. I will endeavour to do better and be better. With your help I may just achieve it…