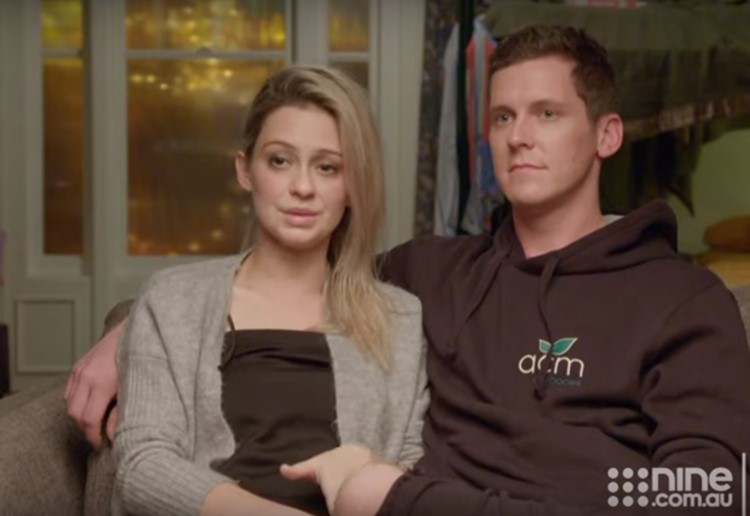 After studying Tess and Luke’s budget, Scott Cam has delivered the “most devastating news he has ever given on The Block”, they may not finish their build.

The young couple from Queensland have been dealing with money issues for quite a few weeks, and everything came to a head in Thursday night’s episode.

Tess and Luke had been working on converting their studio into a self contained space, trying to catch a savvy buyers eye with additional rental potential. With installing a kitchenette, en-suite and bedroom it’s taken up quite a big chunk of their budget, leaving them with very little to complete the project, and putting them at huge risk of not being able to complete the build.

Luke said he wanted to “win a room and keep the dream alive”, with Tess saying she was “not feeling very good about it”.

When looking around their space they were “disheartened”, saying that there was “space for a fridge, but not enough money to put a fridge there”. The couple admitted to biting off more than they can chew, trying to deliver essentially three rooms in one week.

When Scott and Shelley came in to chat to Tess and Luke about their budget, the first thing Scott says is that all he can see is “EXPENSIVE”.

The couple need to be able to plaster the walls in order to get a certificate of occupancy, in order for the property to be able to go to auction. The plasterers estimate was for about $40,000 to finish off the rooms and the couple only have $35,000 left in their budget to complete the property with Scott telling the couple “fair dinkum, there is no more cash”.

Scott advises the couple to try and knock the bill down to $30,000 and work out what they need to do to be able to get the costs down, he reminds them that after this week, there are no more trades.

We are keen to see how they go and are hoping they’re able to put it together and get to auction!

You can see the next episode of The Block, Sunday night, from 7.30pm on channel 9.