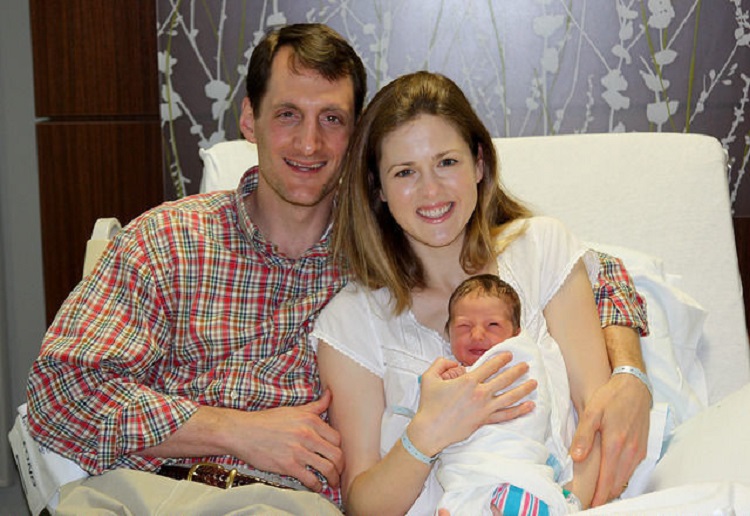 Alabama mum has sued the people responsible for her nightmare birth and been awarded $16 million in compensation.

When Caroline Malatesta, 32, was pregnant with her fourth child in 2012 she searched around and found a place that promised her that she would be in control of her birth. Brookwood Women’s Centre  promises women a “personalised birth.”

But instead of the calm, empowering birth, that she was expecting, she was restrained during active labour and had her son’s head held inside her for six minutes after he initially crowned.

It left her with a serious and extremely painful condition: pudendal neuralgia, which affects a nerve that runs through the pelvis.

Malatesta told a local news outlet that she felt the entire experience felt like a bait and switch, and the jury agreed.

It found the birth centre to be “in violation of the standard of care for labour and delivery nurses” and categorized Brookwood’s marketing to be a “reckless misrepresentation of fact,” validating Malatesta’s complaint, with the total damages owed to her and her husband assessed at $16 million. ($20.8mil au)

“I’ve been left with a debilitating medical condition, my sex life is gone, I see a therapist, and I’m on medications both for pain and to ward off panic attacks,” says Malatesta, now 35 and a stay-at-home mom to her four kids, ages 9, 8, 5, and 3, with her husband, an attorney. “It has turned our family life upside down.”

She has said a nurse ordered her into a bed and onto her back and hooked her up to continuous wired monitoring (instead of the wireless type she was told she’d have). When the labouring mom asked for the birthing tub she was promised, she says the nurse told her the room could not accommodate one.

“I continued asking why I had to be on my back and saying I needed to move around, but she ignored my questions and demanded I obey her, as if I were a disobedient child,” Malatesta recalls through a written description of the birth provided to Yahoo Parenting. “I could sense my husband’s anxiety mounting. As we went back forth — me asking questions and telling her this was more painful for me, and her getting increasingly irritated — it became very clear that this wasn’t about health or safety. It was a power struggle.”

“The nurses held me down and pressed my baby’s head into my vagina to delay delivery as he was trying to come out,” she writes. Staffers physically prevented her baby, Jack, from being born for six minutes, leaving Malatesta with an excruciating, debilitating nerve injury — a permanent condition, pudendal neuralgia, which causes daily pain “much worse than labour,” she says — as well as a diagnosis of PTSD (post-traumatic stress disorder). Pitocin (a labor inducer also used postpartum to prevent excessive bleeding) was given without Malatesta’s knowledge or consent.

Though she was hesitant to go the legal route she felt it was her only option left, and filed suit in February 2014.

“Several aspects of litigation have been emotionally hard, including having to answer deeply personal and sexual questions in deposition and having my personal emails sifted through by attorneys,” Malatesta explains.

“But the hardest part by far is sitting in depositions as a passive spectator, and listening to people try to justify their actions even in the face of my clear refusal. It’s a creepy feeling to hear nurses and hospital administrators who sincerely believe they have the rights over my body.”

“Several days after the verdict, Caroline Malatesta explained how she viewed this trial as being about more than finding justice for herself. While it was an important healing process, she said, the reactions she’s received from women across the country has bolstered the belief that she was standing up for a woman’s right to choose how to deliver a baby.”