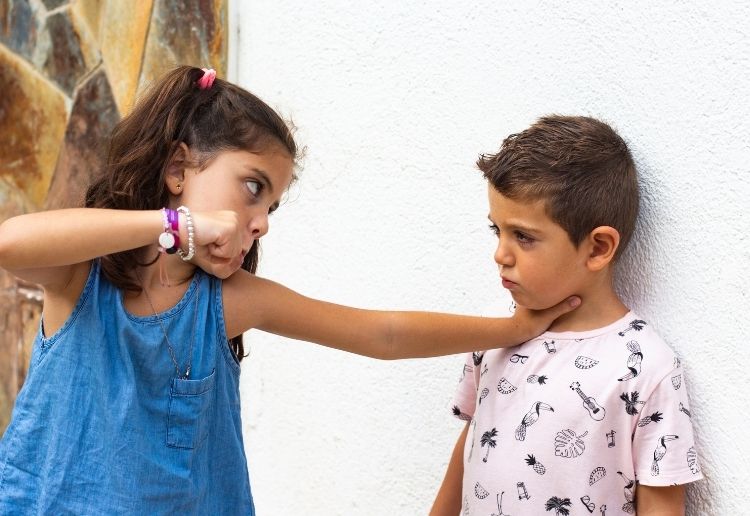 A frustrated mother said she tossed ‘modern parenting’ out the window and told her young daughter to fight back against her bully.

The mother admits she’s not proud of the advice she’s given her daughter, but feels she has little choice, as not much is being done on a school level. She explained on reddit that her daughter is constantly targeted by bullies, but one boy in particular is causing her the most trouble.

“Kids have bullied her all school year, but mostly this one jerk,” she said. “The school calls me all the time: ‘There was an incident at school today where jerk /pushed/tripped/slapped/punched/yanked hair of daughter but she didn’t really get hurt, we’re just letting you know’. Even more often, daughter comes home and tells me herself about what he did.

“I’ve brought it up to the teacher and the principal and they just say they take bullying seriously but haven’t seen it happen to my daughter – despite being the ones to call me? We’ve tried the make nice, ignore, avoid, but there are no consequences for jerk.”

So the angry mum decided it was time her daughter stood up for herself.

“Last week we counselled my third grader to fight back. My brother taught her to grab someone by the hair and start punching. I told her to go for a nice slap, it will be more effective. Especially considering my daughter is a very nice kid, usually looking out for the underdog. She ain’t got no fighting skills but anyone can give a good slap.

“Let him get hit by a girl, kill a little bit of that machismo culture.”

She admits she never thought it was something she’d ever encourage her child to do.

“Being a parent is way different than how I thought I’d be. Never in my life could I have predicted that I’d give up mediation and go to physical self-defence. I’d like to clarify, this is only if he hurts her again. She cries every morning and night about not wanting to go to school because of bullies and the teachers that don’t care.”

The mum says in an ideal world she’d enrol her daughter in self-defence classes, but there are none nearby. So she’s encouraged her daughter to take matters into her own hands. And while her daughter hasn’t yet had to retaliate, it has prompted her to step into other conflicts.

“Simply giving her permission to defend herself has given her confidence. Yesterday she stood up to kids bullying a kindergarten child and kicked one of them. Still hasn’t taught jerk a lesson but I hold out hope.”

What are your thoughts? Can you sympathise with what this mum has told her daughter to do? Let us know in the comments below.