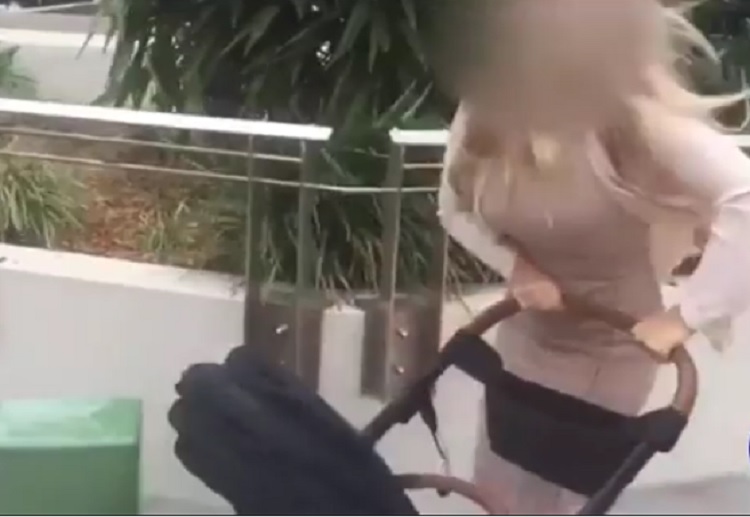 Young mum pleads guilty to locking her two-month-old baby girl in the car so she could get an aromatherapy massage.

The 26-year-old mum confessed to leaving her young daughter alone in the car with the windows up outside the French Beauty Academy on the Gold Coast for nearly 30 minutes, reports 9 news.

When police and fire crews arrived, the mother could not be contacted because she also left her phone inside the car.

The roof had to be cut off the car to rescue the two-month-old, who was rushed to hospital.

When the first time mum finished her massage she was met by police.

Prosecutor Nick Wang told the court when speaking to officers she showed a “complete lack of knowledge of the danger of leaving a child in the car”.

Was PND to blame?

The 26-year-old’s Defence lawyer, Callan Brown, argued the mother was struggling from lack of sleep and post natal depression and it was a “lapse in judgement”.

Magistrate, Kay Philipson, said there was no medical evidence before the court of that and told the mother she is lucky the consequences weren’t more dire.

The mum had no memory of what may have occurred.

The 26-year-old received nine months probation and had no conviction recorded. She will also be required to attend parenting classes.

You may recall the story of a Melbourne Mum whose toddler died after he was unintentionally left in the car, his mum was certain she had dropped him at childcare, she also felt like she needed help for her fatigue but couldn’t ask for it. Read more HERE.

David Diamond, professor of psychology, molecular pharmacology and physiology at the University of South Florida, previously told ABC News that scientific studies of the brain prove that Forgotten Baby Syndrome does in fact exist.

“It’s where the parent completely loses awareness that the child is in the car,” Diamond said. “It’s our brain habit system. It allows you to do things without thinking about it. That plan we have to stop a habit seems to get suppressed. We lose awareness of our plan to interrupt that habit. These different brain systems actually compete against each other.”

Forgotten Baby Syndrome is defined as the failure to remember that a child is in one’s car.

“You sort of go in auto pilot mode,” Diamond said. “It interferes with our prospective memory system and it makes us more likely do something out of habit. There’s a common factor in most of these cases — when you have a have a loss of sleep and stress, we know that it specifically targets the prospective memory system. It’s like forgetting a cup of coffee on the roof. You have every intention of bringing it in, but you don’t.

It’s not that I’m trivializing the life of a child. I’m just making an observation that there are good, attentive, loving parents who lose awareness that their child is in the car. As a scientist, I’m trying to understand how this happens.”