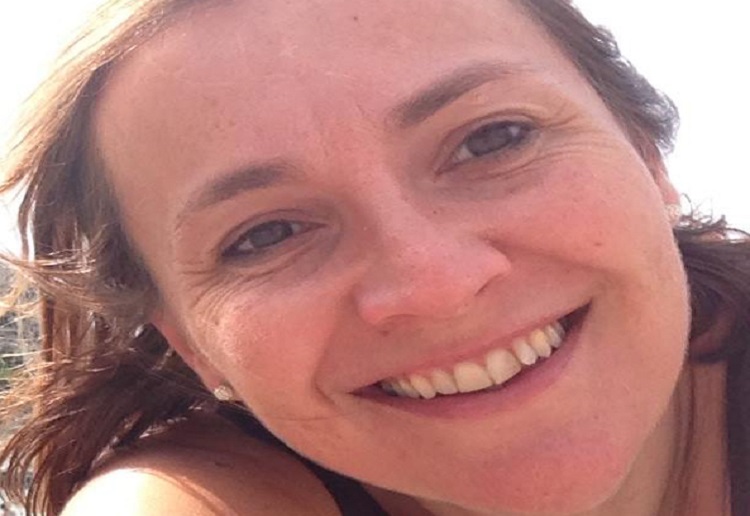 Mum-of-two died from a scratch on the back of her hand while gardening.

Lucy Smith, from Billericay, Essex, died last year at the age of 44 – just days after a scratch on the back of her hand she got from gardening started to make her feel ill, reports The Mirror.

Lucy, who has two small children Megan, nine, and George, six, was struck down with sepsis.

Now her family want to highlight the dangers of the life-threatening condition – also referred to as blood poisoning or septicaemia, which is triggered by an infection or injury.

Her sister Caroline said: “Don’t underestimate this prolific killer. Every year in the UK there are 150,000 cases of Sepsis, resulting in a staggering 44,000 deaths – more than bowel, breast and prostate cancer combined.

She is now urging people to look out for the symptoms.

“People don’t realise that there are many causes of Sepsis. For example, from an infection, usually associated with an illness, like diabetes or cancer, or an injury like, in Lucy’s case, a cut or a scrape.

“It can, however, also be caused by an infection following a routine surgery or procedure.”

The death of Lucy shows how important the condition is treated early.

Lucy initially had a small cut on the back of her hand which the family think had been caused by gardening. It hadn’t healed and she had knocked it a few times but thought nothing of it a week later.

Lucy went to see her GP complaining of pain in her shoulder.

The medic she saw diagnosed a trapped nerve in her shoulder and prescribed antidepressants. She was told to see a chiropractor who she visited that afternoon. She was given acupuncture and sent home, even though at that point Lucy was vomiting and in a great deal of pain.

Three days later, Lucy’s fingers and arm had become very red and swollen, she was still vomiting and by this time in terrible pain. She returned to her GP who diagnosed a possible blood clot and told her to go to A&E.

A&E at Basildon Hospital gave her a simple blood test straight away and 30 minutes later she was diagnosed with Sepsis and placed on intravenous antibiotics.

At this point the family all assumed that she would recover.

On Wednesday April 1, Lucy was placed on a ventilator to assist with breathing.

Unbeknown to the family at this point her internal organs were beginning to shut down as her body attacked itself.

Late that night she suffered cardiovascular, renal and respiratory failure and sadly died.

The coroner’s report recorded that she died of toxic shock caused by sepsis.

Her sister said: “Had Lucy initially been given that simple blood test and received the treatment that she needed on Friday when she saw a GP I am convinced that the outcome would have been a positive one and that her children, Megan and George who are now six and nine years old would still have their wonderful, beautiful mummy.”

She added: “Sepsis can affect any one at any age, although the very young and old are at a higher risk, everybody in-between can also be struck down. Lucy was in excellent health and just approaching her 44th birthday – no one is immune.

“The symptoms of sepsis can be confused with the symptoms of other illnesses – If in doubt, don’t hesitate to go to A&E and ask for a blood test. Caught in time Sepsis can be treated – please don’t wait until its too late.

“Busy doctors miss things, you need to be aware of the symptoms and not be fobbed off.”

Six out of ten Australians have never heard of sepsis

The findings released by The George Institute for Global Health on World Sepsis Day (Sept 13) have prompted calls for a national public awareness campaign.

Sepsis, the life-threatening condition that arises when the body’s response to an infection damages its own tissues and organs, affects more than 30,000 Australians every year. But, according to a Galaxy poll very few Australians know the key warning signs including fever and high heart rate.

Professor Simon Finfer, of The George Institute for Global Health, said it was time sepsis was put at the top of the health agenda, both in Australia and globally where it kills up to 5.3 million people each year.

Professor Finfer said: “Despite advances in modern medicine like vaccines, antibiotics, and acute care, sepsis takes the lives of almost one in three people that contract it. But, most Australians don’t even know what sepsis is, let alone what to look out for.”

Professor Finfer revealed around 80 percent of cases began in the community and that even healthy adults and children can develop sepsis from an infection. “We see people arrive at hospital who are severely ill but thought they just had a bout of the ‘flu. Early treatment saves lives but in many cases it can be too late to save them,” Prof Finfer added.

◾ Only 34 percent of men and 46 percent of women have heard of sepsis.
◾ When asked about the causes of sepsis, one in four (25 percent) mentioned infection or bacterial infection, 2 percent bacteria, 1 percent contamination of a wound, 1 percent germs/toxins and 1 percent an immune response.
◾ Just 4 percent were aware that the proportion of people diagnosed with sepsis who will die from it is around 1 in 3, while 6 percent think the proportion is higher, 33 percent lower and 58 percent say they don’t know.
◾ When it comes to the main symptoms, just 14 percent knew they included fever/chills/sweating, 3 percent rapid heart rate, 2 percent rapid breathing, 1 percent confusion/delirium and 1 percent organ failure.

Common symptoms of sepsis are fever, chills, rapid breathing and heart rate, rash, confusion and disorientation. Many of these symptoms, such as fever and difficulty breathing, mimic other conditions, making sepsis hard to diagnose in its early stages.