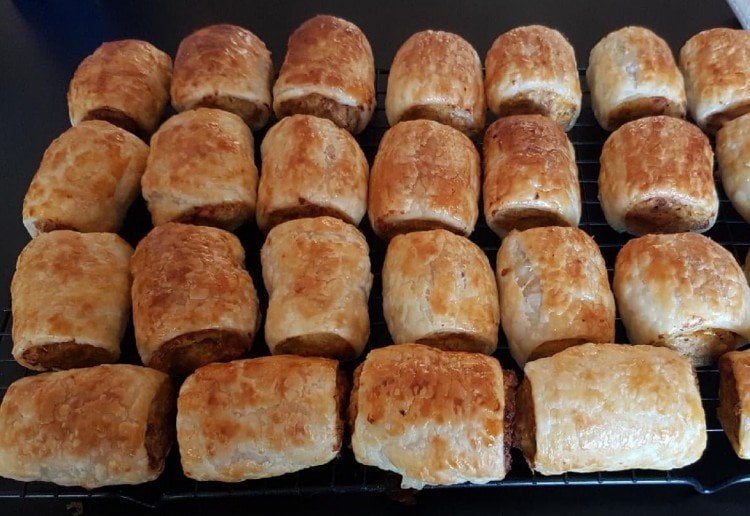 Mum turns to Facebook to share her anger after her home-cooked lunch was sent home from preschool with a note saying it was unhealthy.

Sharing a photo of the note in a Facebook group, the mum explained she had cooked the sausage rolls herself and they were “loaded with veg”. 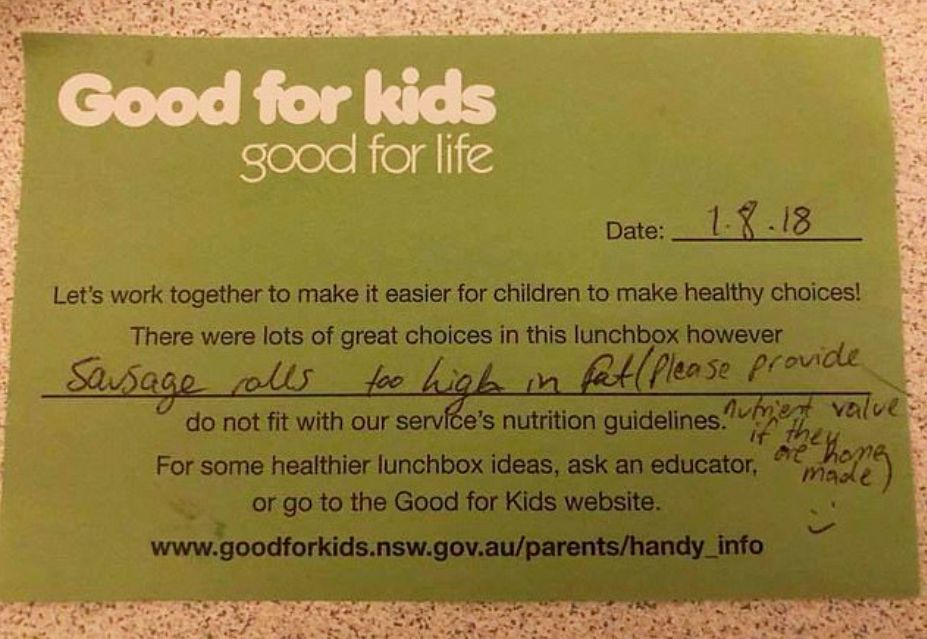 “So I cooked my butt off… included in the cook were sausage rolls loaded with veg I sent them off to preschool with them to return along with this note,” she wrote, sharing an image of the note she received back in August.

“Let’s work together to make it easier for children to make healthy choices! There were lots of great choices in this lunchbox however…,” the note read.

“Sausage rolls [are] too high in fat… (Please provide nutrient value if they are homemade) – insert smiley face.”

“The food did not ‘fit with our service’s nutrition guidelines. For some healthier lunchbox ideas, ask an educator, or go to the Good for Kids website,” it concluded.

The mum explained she had packed extra for her son to eat just in case of this exact scenario, although she had also thought two Milo balls included in the lunch box would also be sent home.

“They will still get eaten it’s just so frustrating,” she wrote.

“They do not allow the food item to be eaten once they attach the note I had a feeling this would happen so I packed extra for him. I also packed two Milo balls just to see if they also said no to them, guess what, they were allowed.”

This is getting so frustrating!

Check out all the other parents that have faced similar reprimand. It’s just not on!

Popular lunchbox staple items labelled “sometimes foods”
This Teacher Has Had Enough of the Lunch Box Shaming!
The note that angered parents across Australia

Confusion over what IS classified a healthy lunch box snack