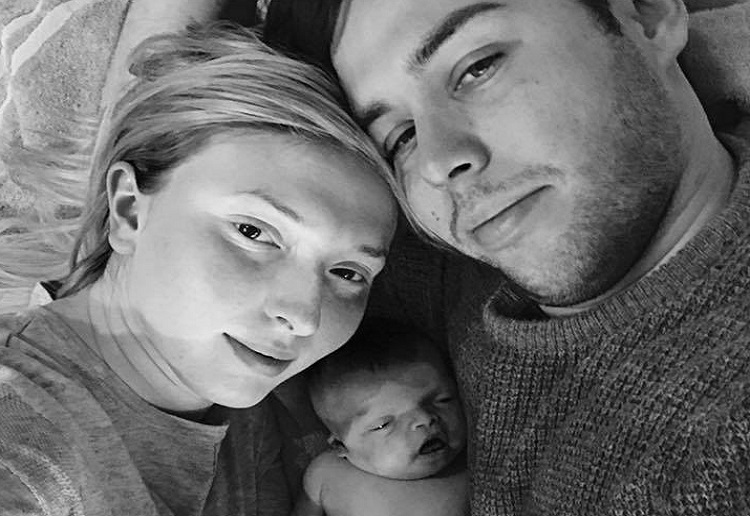 Mum spent 16 days creating memories  with her dead baby girl – taking her home in her own carseat and going for walks in the pram.

Charlotte Szakacs’ daughter, Evlyn, died four weeks after being born from a rare chromosomal abnormality. The 21-year-old and her husband Attila stayed at a hospice for 12 days with their daughter so they could bond as a family, reports Daily Mail.

They were allowed to take her out for walks in the pram – before the first-time parents from York took Evlyn home for four days.

Charlotte said: ‘So many people have never heard of parents being able to spend that time with their babies. Other mums reached out to me saying they think it would have helped, so I really want to raise awareness.

‘I know it might not be the best option for everyone. But for us it was so important to be able to have that family time and just properly cuddle our little girl.

‘I think having the time with her made such a difference. Being able to do so many of the things you imagine like taking her out in her pram, it really helped emotionally.

‘I was really nervous about bringing her home because I didn’t know if it would feel right, but it was so nice to have her there. And it wasn’t just for us but for Evlyn so she got to come home.’

Dr Clea Harmer, chief executive at stillbirth and neonatal death charity Sands, said, “A cold cot allowed Evlyn’s parents to spend extra time with their daughter after she had died, and some parents tell us that spending time with their babies at home or in hospital can help them with the grieving process.”

‘I would urge anyone who has been affected by the death of a baby to contact us.’

WARNING: SOME people may find these images distressing

Our thoughts are with the family at this difficult time.