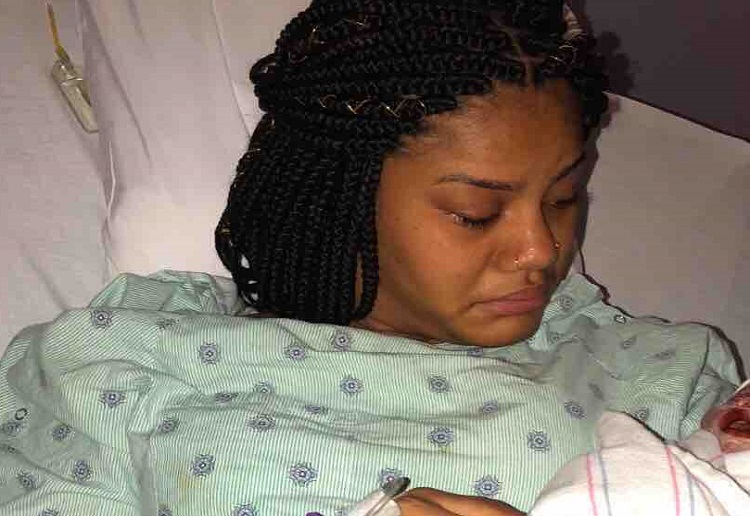 Grieving mum forced to hit back at trolls after they attacked her for sharing a photo of her stillborn son.

TRIGGER WARNING: this story contains images of stillbirth which may be distressing to some.

Florida-based mum, Yasmine Indiaa, shared her grief on Instagram following the passing of her son last month, after he tragically died two days before his due date.

May You Please Help Me Put Baby Jay Too Rest ❗️ ANYTHING Helps ‼️ #Rest In Heaven My Young King ????

CafeMom reports Jeremiah suffered from a rare genetic defect called gastroschisis, which causes organs to develop outside the body, with the grieving mum sharing a photo soon after she met her baby boy.

“Meet Jeremiah Kai Hillman,” Yasmine captioned the post. “Mommy Was So Ready Too Spoil And Raise You ! God Had Other Plans For You My King. I LOVE YOU SOOOOOOO MUCH.”

While the new mum was inundated with support and messages of solidarity from others who had suffered through the tragedy of stillbirth, Yasmine was also forced to fend off criticism for sharing her story.

“Please delete this picture,” wrote one Instagram commenter. “I am sorry for your loss and understand why you would want a picture together with your baby as a memory. But it’s not ok and disrespectful to the dead to post this picture. Lots of children use instagram and I think it’s not right if they see this and have to deal with it.”

“I was honestly just scrolling through a meme page and suddenly this pictures is on my screen,” wrote another hater. “I wasn’t ready and I am still convinced, that ig just isn’t the right platform to show this. Telling people about your loss – absolutely ok. But in my opinion the photo is [too] shocking.”

Yasmine later took to Facebook to reveal that her post was reported, and she was banned from posting on her accounts.

But despite the negativity, she’s refusing to let the comments get to her.

“I Juss Wanted Too Update Y’all And Let Yall Know I Was Okay,” she wrote on her Facebook page.

“Soon I’ll Have Closure And Answers On Why My Baby Earned His Wings So Early.

Others have praised the mum for being so open and honest in her attempts to break the stigma surrounding stillbirth.

“Stillbirth photography is a beautiful and tragic moment but the stigma of it being hush hush needs to be broken,” wrote on commenter. “Mums of ‘sleeping’ babies should be able to show off their beautiful angels just as much.”

For support on miscarriage, stillbirth and newborn death you can visit Sands or call 1300 072 637

Our MoM’s have previously shared what they wish people knew about miscarriage and pregnancy loss - read their stories here.