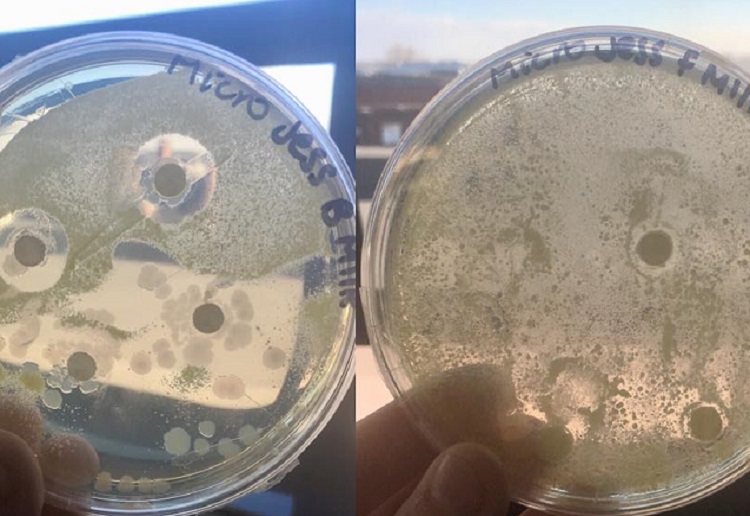 Jessica Wilson a biology student, shared a photo on Facebook of two petri dishes side-by-side, showing how each liquid had performed in the task, with formula ‘having no effect’.

In her post, Jessica, who has a 17-month-old son, revealed that she had soaked four small assay discs in her own expressed breast milk, and another four in an unnamed brand of formula, shares Daily Mail.

She had then placed them into separate petri dishes, each containing the same strain of bacterica, micrococcus luteus, and recorded the results after 24 hours. 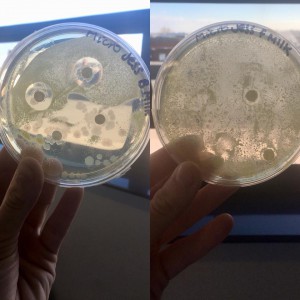 ‘As you can see the clear circles around the disks is where the breast milk has fought off the bacteria and nearly cleared the plate, the formula on the other hand has had no effect and the bacteria has completely over run the plate, even moving the disks.

‘Proof boobs are magical and breast really is best! Be proud of what your giving your babies.’

Her post has had nearly 12,000 shares, but of course it has also sparked a debate on whether the experiment ‘shamed’ formula-feeding mothers.

‘Almost, if not all, women know that breast is best. However, many women can’t produce enough or keep up with breastfeeding. FED IS BEST! women don’t need to feel lesser then if they can’t breastfeed”

Another wrote,  ‘Fed is best. Sick of this war between breast vs formula. As long as babies are being fed we are doing a good job!!!!’

Rach said, ‘Some people actually suffer deep depression from not being able to breast feed so it’s not a big sook.

‘Mothers should help to build up other mothers not tear them down.

It is actually pretty fascinating though don’t you think?