Article Mums dying plea: If anything happens make sure you look after the boys 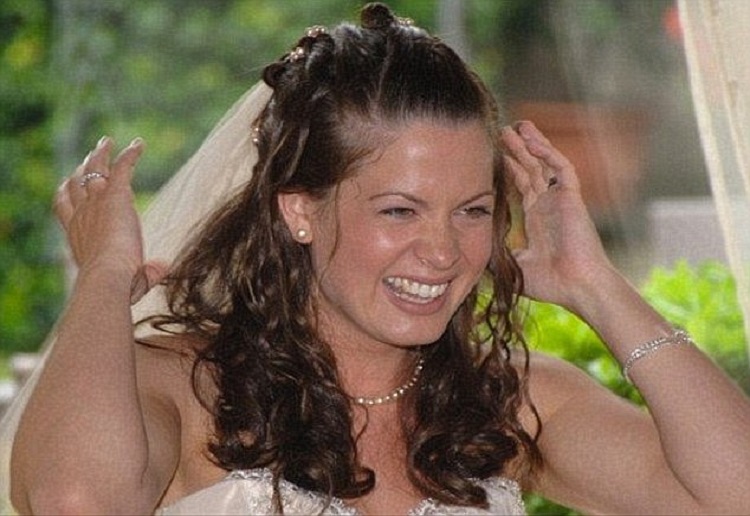 Mums plea just hours before she died ‘If anything happens just make sure you look after the boys’.

Mum died eight hours after giving birth to her second son after ‘smirking midwives’ ignored her pleas for a C-section, an inquest has heard.

Frances Cappuccini struggled in labour for 12 hours before finally being allowed to give birth to her son Giacomo via C-section, as she had requested, reports Daily Mail.

But, hours later, the 30-year-old had to be rushed for emergency surgery when it emerged that a surgeon had left part of her placenta in her body.

As she was being taken into theatre, Ms Cappuccini – who had another son – told her husband: ‘If anything happens just make sure you look after the boys.’

She also pleaded ‘just save my life, just do it’ as her husband kissed her and told her how much he loved her.

But, five hours later, Mrs Cappuccini died of a heart attack after losing so much blood that she never regained consciousness.

A lawyer for Mrs Cappuccini’s family claimed her death could have been avoided if an elected Caesarean had been undertaken at the earlier opportunity.

The details emerged at an inquest into her death, which was resumed after it was halted in 2014 pending a court case, which later collapsed.

The NHS trust admitted liability surrounding her death but denies the situation would have been different if she had been given the initial C-section.

During the hearing, the coroner was told how Mrs Cappuccini, from Offham, Kent, had endured a traumatic birth with her first son Luca and was ‘terrified’ about her second Labour.

The couple had booked an elected Caesarean for October 10, 2012, but went to Tunbridge Wells Hospital two days before, when she started having contractions.

Her husband Tom Cappuccini told the inquest how, when they arrived, his wife was ‘certain’ she wanted a C-section.

She had already received advice from a consultant obstetrician at nearby Maidstone Hospital which said she should not have an epidural due to liver issues and should avoid a natural birth.

But Mr Cappuccini said midwives had ‘almost a smirk across their face’ and were ‘almost laughing’ when he relayed the advice.

He told a coroner how the midwives told him and his wife ‘not to make a decision based on pain and fear’, suggesting there was no reason she could not give birth naturally.

Mr Cappuccini said: ‘I put my trust and Frankie’s trust in the people that were there.

‘They disregarded previous medical advice and we were made to feel small and insignificant. In hindsight I wish I had never agreed.’

The hearing was told how Ms Cappuccini – who her husband described as ‘terrified’ –  then endured 12 hours of gruelling labour before medics realised there was no progress.

As had been her original wish, medics then decided she needed a Caesarian.

The hearing heard how an epidural was also administered, despite Mr Cappuccini informing them of the consultant’s advice.

The hearing heard a surgeon checked the medical notes, but no record of any epidural advice was found, despite both hospitals belonging to the same trust.

But hours later, when the new mother was feeding her son for the first time, that she felt blood ‘flowing between her legs’.

Midwives then found a pool of blood under her sheet and, when she did not stop bleeding, rushed her back to theatre for surgery.

The inquest heard how, as Mrs Cappuccini signed the consent form for emergency surgery to stem heavy bleeding, she told doctors ‘just save my life just do it’.

Her husband added: ‘I had the opportunity to kiss her and tell how much I loved her.

‘She said “I love you and if anything happens make sure you look after the boys”.’

Following the surgery Mr Cappuccini was told a piece of placenta – which was described as ‘raggedy’ – was found in her uterine cavity.

But Ms Cappuccini did not come back from the general anaesthetic and was instead taken to the Intensive Care Unit.

Today, Mr Cappuccini described how he never got the chance to say goodbye to his wife.

‘I was told that I could see her when she was stable in the ICU but I never got the chance,’ he said.

‘At 4pm, a group of doctors came to see me and said her blood pressure had dropped and her heart had stopped. They had tried to revive her but they were unable to do so.’

Midwife Julie Ann Michaud, who cared for Mrs Cappuccini throughout the majority of her labour, told the inquest how the mother had a sense of ‘impending doom’ when she arrived at hospital.

‘She was contracting strongly and highly emotionally distressed and upset,’ she said.

‘She was frightened. It was like a feeling of impending doom – that is the only way I can describe it. I have never seen anyone so frightened before or since.

‘She didn’t really know quite what she wanted she was in a lot of pain.’

Mr Sheldon asked the midwife: ‘You have a competent, intelligent, articulate adult patient who has come in and expressed a clear wish for a certain type of treatment. Why was that not the end of the matter?’

She said the decision whether to have surgery was up to the doctor.

The midwife denied ‘trying to talk Mrs Cappuccini out of an elected Caesarian’ and said an examination showed the baby was in the best possible position for a natural birth.

‘It is very difficult to give advice. At this point she was safe and there was no reason not to go forward with a vaginal delivery.

‘People change their minds all the time about birth plans and pain relief and who they want in the delivery room with them. We have to be adaptable in how we talk to women and the care that we are giving.’

She also told the hearing she had spent all night with Mrs Cappuccini, who she described as ‘utterly utterly gorgeous’.

‘I stayed with her all night and I held her hand and gave her care. She was a lovely lady to look after.’

Neil Sheldon, a lawyer representing the family, told coroner Roger Hatch that it was of ‘paramount concern’ the family that Mrs Cappuccini underwent 12 hours of gruelling labour rather than be sent for an immediate elective Caesarian.

He said: ‘As you will be immensely aware this inquest represents the only chance for Mrs Cappuccini’s family to have investigated the circumstances surrounding her death and to have answers to the questions they still have as to why she died.

‘There was an early admission of liability by the trust and there has been no civil trial and the criminal trial collapsed – for which the family watched as frustrated and to some extent bemused spectators.

‘They have waited four and half years for long this opportunity with no little restraint and great patience.’

Mr Sheldon said her death could have been avoided – something the NHS trust denies.

He added: ‘If the c section had been undertaken in an elected basis promptly on arrival at hospital, possibly by a different surgeon, then that basic error may not have been made.’

Representing the Maidstone and Tunbridge Wells NHS Trust, Mike Atkins said the risk of placenta being left behind remained the same regardless of when the surgery took place.

‘The risk was no greater in the morning of the 9th than the evening of the 8th because when that surgery was performed the surgeon had the same good view of the stomach open,’ he said. ‘In fact the same staff were in duty.’

Making an emotional tribute to his wife, Tom Cappuccini said: ‘She was one of the greatest people I am ever likely to meet in my life.’

‘She was very bubbly, kind, caring and loving person. She had lots of friends and lots of time for her friends.

‘She was a great mother, a fantastic wife and she loved looking after Luca. As a teacher her education background enabled her to give him a good start to his young life.’

The inquest, which is due to last 10 days, continues.

Our thoughts are with the family during this tough time.