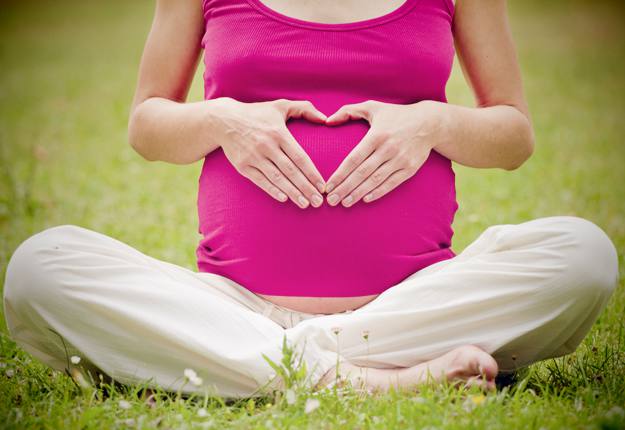 Mum who lost her baby due to an ectopic pregnancy was stunned when doctors later discovered a healthy ‘hidden’ twin growing in the womb.

Sadie Brittle, 32, and husband Gary, 36, were devastated when they lost their baby just eight weeks into the pregnancy in April, reports The Daily Mail.

After feeling unwell and noticing her stomach growing, Mrs Brittle, who already has a daughter, Summer, four, returned to her GP.

Initially she believed her symptoms were being caused by pregnancy hormones which were still present in her system following her miscarriage.

But astounded doctors discovered a tiny second embryo developing normally in her uterus and realised she had what’s known as a heterotopic pregnancy.

The couple, from Polesworth, Tamworth, Staffordshire, are now looking forward to the arrival of a baby boy, who they have already named Teddy, in November, reports The Daily Mail.

Mrs Brittle, a hairdresser, originally discovered she had suffered an ectopic pregnancy – when the foetus develops in the fallopian tube – after undergoing routine tests at hospital.

The condition affects just one in 30,000 women.

‘I was coming back in the car from having some tests done and I felt really hot and my vision went all blurry,’ she said.

‘I went back to work and said I can’t cut anybody’s hair because I didn’t feel well.

‘I scared myself when I looked in the mirror because I’d gone white and my face was sweating – I felt like I was actually passing out.’

An ambulance was called as it was feared her drop in blood pressure was a sign of internal bleeding.

Doctors suspected it was an ectopic pregnancy and scans revealed their fears were correct.

She had surgery that evening to remove one of her fallopian tubes and underwent two blood transfusions.

‘They said that babies in this situation are normally in the middle of the tube, but mine was right up near the top where all the blood vessels are.

‘I was in hospital for five days and was on antibiotics and pain relief – they said I would still be able to have children because of the other fallopian tube.’

After recovering from her surgery, the family went to Spain on holiday last month.

But Mrs Brittle said she thought she was looking ‘bigger’ than she should be while she was lying on a sun lounger.

‘I took a pregnancy test and it showed that I was pregnant, I thought there’s no way that I am,’ she said.

‘We called the midwife from Spain and she said it could either be a multiple birth or a few cells were left in my body after surgery which would make it look like I was still pregnant.

‘I went to see my doctor when I got back and explained my situation and he couldn’t quite get his head around it. I had an ultrasound and you could hear a heartbeat.

‘I went for a scan which showed that I was 19 weeks pregnant.’

A 20-week scan revealed Teddy is progressing normally, much to their relief.

‘The scans show that he’s healthy and I’ve been through it before so I’m just excited,’ she said.

WHAT IS A HETEROTOPIC PREGNANCY?

This type of pregnancy does occur very rarely in natural conception, at the rate of 1 in 30,000.

However, in pregnancies conceived through IVF, it rises to up to 1 in 100 pregnancies in assisted reproduction.

It is difficult to diagnose with most cases there is a rupture of the ectopic pregnancy that accompanies the one in the uterus.

Women may undergo a laparoscopy, where surgery removes an ectopic pregnancy before it ruptures without interrupting the viable pregnancy.

Although the pregnancy can still survive if the ectopic pregnancy ruptures, there is an increased danger of miscarriage.