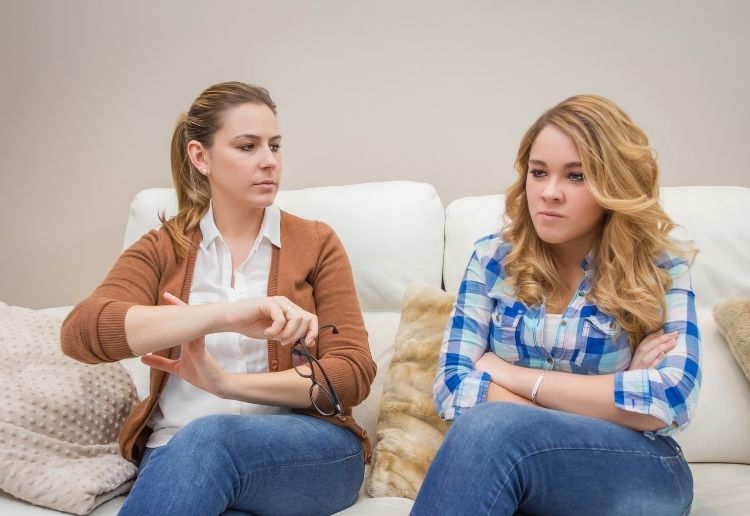 A heartbroken mum says she’s ashamed that her teenage daughter has turned into a ‘horrible person’, and she feels like she’s failed as a mother.

The mum-of-two explained that she and her husband have always loved their daughter unconditionally, and thought they’d done everything possible to raise a great child.

“We raised her as we thought was best: natural childbirth and breastfeeding until 14 months, attachment parenting, positive reinforcement over punishment, home cooked meals enjoyed together, taking her on trips to other countries, leading by example (showing kindness and respect, thanking people and offering help, etc.),” she explained on reddit.

“She is now a well-educated, stunningly beautiful 16-year-old who is a massive, raging asshole. She blatantly puts her needs and desires above everyone else’s, refuses to cooperate if it’s inconvenient to her, hates having to do anything for others, seems to have no empathy, spends all her time in her room listening to music, worries constantly about her looks, spending copious amounts of time applying her makeup every day, hates being looked at by us (she usually shields her face and looks away when we try to speak to her), is paranoid that others are constantly judging her (even random strangers), has no motivation for school work, absolutely zero hobbies or interests (apart from clothes and makeup), won’t sit down to dinner with us anymore or spend any time together unless it’s a car ride to Starbucks or Target.”

‘My heart hurts so much’

In contrast, the mum says her 12-year-old son, who was raised in exactly the same way, is a kind, sweet, respectful, good natured boy who is fun to be around.

“This didn’t happen overnight, and many of these tendencies date back to her childhood (e.g. she was stubborn and shy, never wanted to share with anyone, always tried to get her way). She had a rough time in middle school socially, by the end of which she had given up on having any friends at all.

“Two years into high school she has some friends but rarely hangs out with them and often when they come over, after a while she wants to be alone so she begs me to make up an excuse to get them to leave. She has been through three stints of therapy with different therapists over the past five years, each time ending in failure because she resented having to go, and refused to open up, often lying to the therapist to make things easier on herself.

“I have suggested family therapy but her father is against it (he tends to think this is more normal teenage stuff and that nothing is really wrong with her). I’m ashamed and depressed that my daughter has ended up like this despite everything her father and I did to try to raise a happy, self-confident, and kind person. She is the polar opposite of these things. The worst part is that she is deeply unhappy, and my heart hurts so much to feel powerless to help her.”

The mum has asked if any other parents are dealing with the same issues, and any coping strategies they’ve put in place.

Do you have any advice for this mum? Let us know in the comments below.