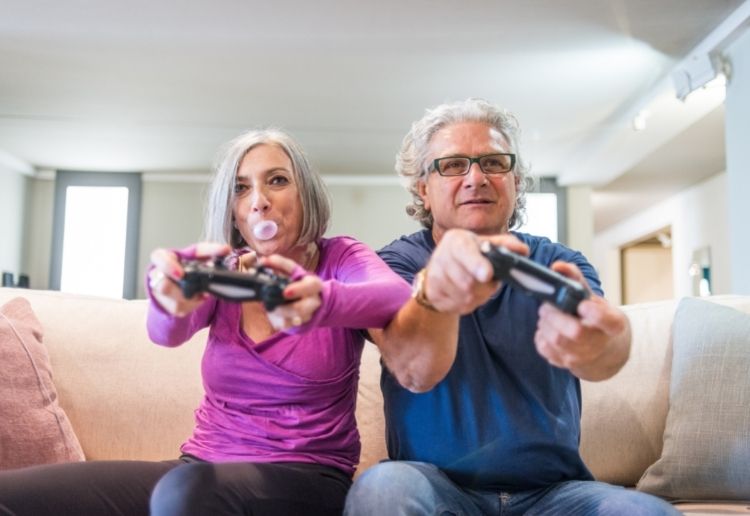 The Boomer generation is being roasted for being ‘useless’ grandparents who don’t help or interact with their grandchildren.

Generation X parents, who were born between 1965 and 1980, have taken their parents to task for being ‘lazy’ grandparents, saying they ‘despise’ the Boomer generation.

One mum took to reddit to vent about her ‘typical Boomer parents’, who she says are ‘useless’.

“Growing up, I have so many memories with my grandmother (grandfather died young). She taught me to sew, bake, garden, and endless hours in her yard playing. So many sleepovers. And my mum didn’t work. She took me shopping and to visit her cottage.

“Now that I have my children, my parents don’t even visit. They have visited probably five times in three years and they live 20 minutes away. And it’s just sitting on the couch being bored. No help at all. They do not work and are retired. They claim this time is for them only and they already put their work in. I honestly despise the boomer generation.”

‘Nobody owes you child care’

The frustrated mum was met with a chorus of likeminded parents who say their own parents put in very little effort as grandparents.

“It used to severely depress me,” said one mum. “But now I’ve just accepted it. I will be an involved grandma to my grandkids if my kids to choose to have them, but I can’t force my parents to be involved with my kids, they just don’t care.”

Another mum said Boomer parents would rather ‘do nothing’ then help with their grandchildren.

“I know not all grandparents are like this, but my parents had so many sacrifices growing up with their own siblings, and then they had to raise their own kids (barely because millennials kind of raised themselves). This is a complaint I always have. Out of five grandparents, only two are interested in seeing the kids all the time. One of them married to the interested grandparent is biological, whereas she’s the step parent, and they just started taking our kids every two weeks. It’s nice, but the problem is it’s only for 12 hours. Then we have to collect them by a certain time. We could just keep them home because they are asleep that whole time anyway.”

However, another parent played devil’s advocate, saying that Boomers don’t owe their children anything.

“NOBODY owes you child care,” they said on reddit. “As a parent of one and four year old, I love getting help. But I don’t expect it. Nobody owes that to me. My parents and my partners parents have already raised their kids, I don’t expect them to raise mine, they are my kids. My parents and my partner’s parents deserve to enjoy whatever they want to do in their time/retirement days. They don’t owe me anything. Sure, help is great, always appreciated, but in the end sorting out care for my kids is my responsibility, as the parent.”

What are your thoughts? Are your parents involved with your children? Let us know in the comments below.