Article Now You Can Get Nutella Biscuits In Australia 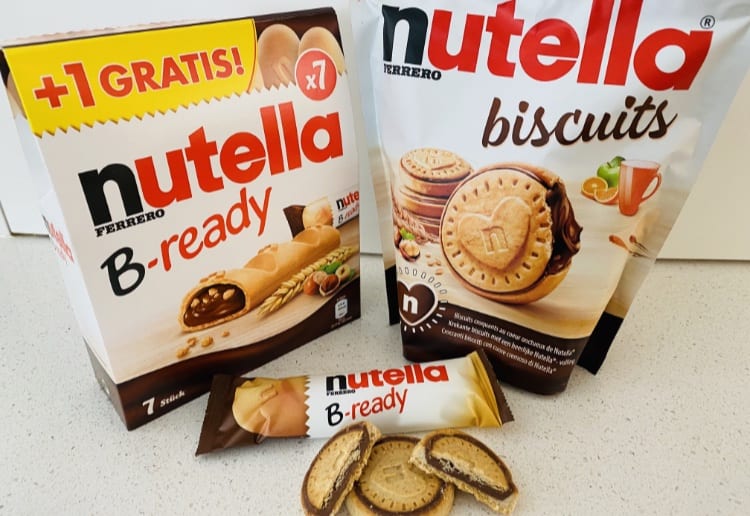 I’m 100% nuts over Nutella – I have the chocolate hazelnut spread on toast, layered in banana bread, iced on cupcakes and even spread on corn (Nutella corn on the cob – you just HAVE to try it!). So when I heard that a whole range of Nutella biscuits had been launched, I made it my mission to get my hands on a packet or two.

But the challenge was bigger than I expected. Ferrero, the Italian brand behind Nutella, initially introduced its first range of biscuits packed with the iconic hazelnut spread in supermarkets across Europe. But they were nowhere to be seen on our side of the world….that is, until now!

A convenience store in Sydney has become famous by stocking the Nutella biscuits, as well as the wafer Nutella B-ready chocolate bars.

Redfern Convenience Store in Sydney’s inner-city, rocked my world when they posted the news of their new Nutella stock on their Instagram page.

Where You Can Get Nutella Biscuits In Australia

Thank goodness, the store also has a super online shop (pretty impressive for a convenience store) and so I immediately ordered a few Nutella products to try. The Nutella biscuits come in two different packages – there’s the 304g bag for $19.99 and the slightly cheaper biccies-in-a-can for $11.99. There’s also a 144g B-ready box for $13.99 or a 2-pack for $5.99 or a single B-ready bar for $3.50. Hurry though, these treats are selling out fast.

I must admit, I got completely side-tracked with all the other global treats on the stock list. I landed up also placing these awesome-looking Kinder cards in my cart, together with some yummy looking lollies and a can or two of Diet Dr Pepper. I noted that they are also stocking the acclaimed Caramilk Hokey Pokey which I previously had to order from New Zealand.

Fast forward a day and my box of goodies arrived at my doorstep. And the wait was worth it.

So What’s The Verdict?

The Nutella Biscuits are two shortbread crisp cookies sandwiched together with a luscious layer of Nutella. They’re a bit small for my liking and I could probably polish off at least 5 or 6 at a time. But they’re super yum.

The B-Ready bars feature a crunchy wafer shell packed with Nutella. I know my kids are going to go crazy about these so I’m hiding them. Am I a bad mum for keeping all the Nutella treats for myself???

There’s no hint as yet that Nutella biscuits will be heading our way anytime soon. I do hope the powers at Ferrero will hear our cry and deliver. But in the meanwhile, I’ll be ordering these online…I may even leave one or two crumbs for you.

Would you be keen to try Nutella biscuits? Tell us in the comments below.