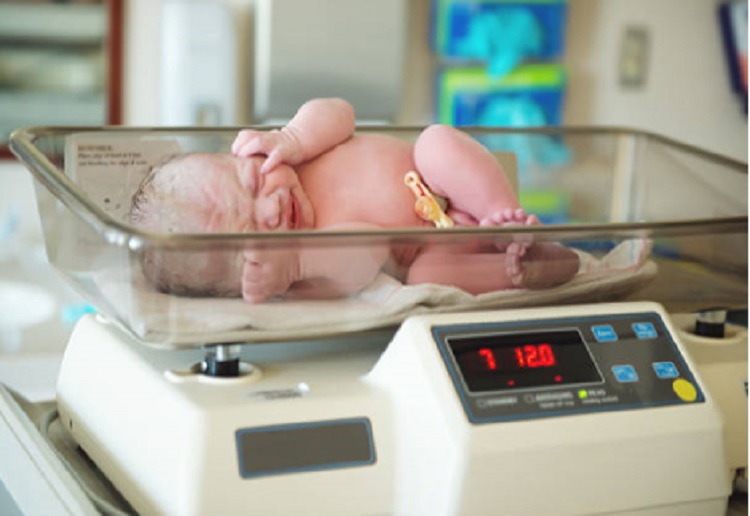 Our obsession with infant growth charts may be fuelling childhood obesity.

Ask any new parent how their baby is going and you will most likely get an update on recent weight gains.

Regular baby weigh-ins are a rite of passage, but many parents look back at this time with a deep sense of failure; when told their child isn’t “gaining enough” they’re left feeling like they didn’t try hard enough with this whole feeding business.

Numbers on the scale have become a defining measure of an infant’s progress. And the message given to parents is that more weight gain is better.

Yet, in the research world, we have known for a decade that being big and growing fast in infancy is a strong risk factor for obesity in childhood, adolescence and adulthood. This evidence has not filtered down to our front-line health professionals and importantly, the advice given to parents. We need to talk about why.

What about growth charts?

Babies don’t come with a manual, but they do come with growth charts. The World Health Organisation Growth Standards describe normal child growth from birth to five years. A baby’s growth should roughly follow the same curve on the chart over time.

Unfortunately, many parents interpret growth charts incorrectly – or have not had growth charts properly explained to them – and think a baby tracking above the 50th percentile is good, and below is bad.

But this is not how percentiles work. By definition, half the population has to be above the 50th, and half below. There will always be infants who track on the 3rd percentile and some on the 97th. This is OK.

How children are fed

Of concern then, is that parents appear conditioned to feed children in ways designed to bump them up over the magic 50th. This upward crossing of percentiles represents the rapid growth that increases the risk of obesity in childhood, adolescence and adulthood.

One example is when a mother is advised to supplement her infant with formula, because she appears not to have enough breast milk. Drinking formula will increase the baby’s intake of protein and the baby will put on weight. This fixes the How solid foods are offered is also important. In our recent analysis, toddlers at 14 months were more often labelled as a fussy eater by their mother if the child weighed less than other children of the same age and sex. None of these children were underweight and there was no evidence they were eating any less than children not thought of as fussy.

Mothers reported insisting their toddler eat despite not being hungry, using desserts as a bribe to get the child to eat the main course, and showing disapproval when the child did not eat.

We want children to eat because they are hungry, not to keep us happy. Eating for reasons other than hunger leads to overeating and overweight.

Why does this matter?

Our love of chubby babies makes a lot of sense. Most of human history has been a time of food scarcity. Extra weight, especially in infancy, conferred a survival advantage.

Now, our children are born in to an “obesogenic environment”, where unhealthy food is cheap and readily available, and our surroundings encourage us to move less and sit more. It’s really hard not to put on weight.

It’s important we feed children in a way that lets them stop eating when they are full, rather than teaching them to ignore their body’s signals, or eat for reasons other than hunger.

What can we do?

Many scientists lament the time taken to get research findings incorporated into everyday practice. The most recent Infant feeding guidelines – Information for Health Workers published in 2012, says very little about early growth and obesity.

If and when this information is incorporated into the guidelines, there is no comprehensive method of informing practitioners what has changed, and no way of measuring whether guidelines are implemented.

As scientists we can explore innovative ways to share our research, such as running online courses about infant nutrition.

Practitioners can continue to talk to parents about what normal child growth looks like at any percentile, and to monitor growth – not just weight.

Most importantly, parents, if someone says your baby is not gaining enough weight, question it. Ask them to explain what criteria they are using to make that judgement and how they can help you comprehend those charts.

I love a chubby baby too. But I love a baby who tracks on the same percentile over time for their weight, length and head circumference, even more.