Article Parenting expert has some new rules for you! 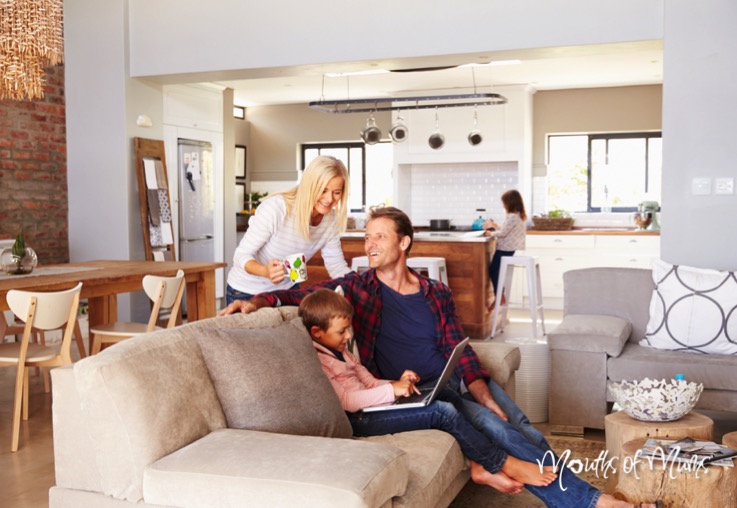 A new book by parenting expert Dr.Leonard Sax is challenging all the common mistakes parents are making while raising kids in this modern world.

The longtime family physician, psychologist and father himself from Exton, Pennsylvania, Dr. Sax argues throughout the book that children today are suffering because their parents are no longer the ones in charge.

From allowing children to go to sleep attached to digital devices to constantly assuring they are ‘amazing’, the experienced doctor urges parents to set solid ground rules for their children by teaching them humility and ensuring there are designated times for using devices attached to the digital world.

Dr. Sax uses examples he has seen in his own practice to demonstrate his points about the need for solid ground rules.

“I wrote about an office visit with a 10-year-old boy who is sitting and playing a game on his mobile phone, ignoring me and his mom as I’m talking with his mom about his stomach ache,” he recalled. “And his mom is describing his stomach ache and the boy says, “Shut up, mom, you don’t know what you’re talking about.” And he laughs.”

After the boy’s flagrant show of disrespect, his mother did nothing but look a ‘little embarrassed’.

The essential premise of the parenting book is that parents and educators are hurting children by treating them like grown-ups.  Dr. Sax is quick to point out however, that parents should expect their children to be mature and behave.

Another example given by the doctor is of parents who chauffeur their children to visit various schools and ultimately let the child make the final decision about their education.

“I know of cases where the kid was clearly making the wrong decision and the parents knew it but nevertheless felt completely powerless to overrule their child,” he explained. “The child is the one who suffers.”

The doctor went on to say that the same is true in regards children as young as 10 years old having a cellphone in their bedroom at 2am.

Dr. Sax also believes there shouldn’t be any wiggle room when it comes to tweens and teens having access to their smartphones all night long.

“You take the device at night and you put it in the charger, which stays in the parent’s’ bedroom,” he said. “No child should have a phone in their bedroom unsupervised.”

The recommendations that Dr.Sax are linked to the Guidelines set out by the American Academy of Pediatrics published in October 2013. Parents, however, appear to be wary to discipline their children when it comes to technology.

“You would be astonished, or maybe you wouldn’t be, how many parents find that an impossible recommendation,’ he said. ‘They feel that they have no authority over their child in many domains.”

The book also recommends that family meal time, and travelling in the car without children isolating themselves with their earbuds is also extremely important to engage with children, tweens and teenagers fully.

As for raising children who will become fulfilled adults, Dr. Sax said it is time to stop putting children on pedestals and treating them like they are utterly amazing.

“The first thing is to teach humility, which is now the most un-American of virtues,’ he said. ‘When I meet with kids I ask them what they think it is and they literally have no idea. I’ve done that from third grade through 12th grade. The high school kids are more clueless than the third-graders.”

“They have been indoctrinated in their own awesomeness with no understanding of how this culture of bloated self-esteem leads to resentment.”

“Teach the meaning of life,” he advised. “It cannot be just about getting a good job. It’s not just about achievement. It’s about who you are as a human being. You must have an answer.”