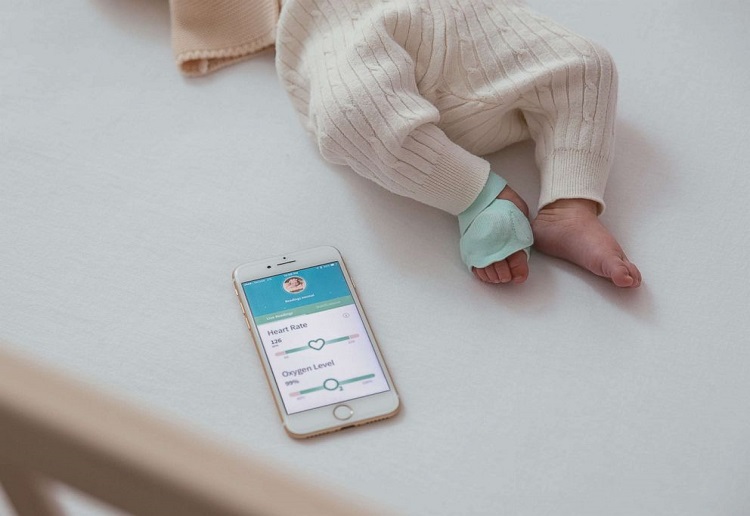 Parents are being cautioned against relying on monitors to accurately measure their baby’s vital signs in an attempt to prevent Sudden Infant Death Syndrome (SIDS).

The new research published in The Journal of the American Medical Association, administered by Children’s Hospital of Philadelphia (CHOP) Research Institute, tested two smartphone-integrated consumer baby monitors: the Owlet Smart Sock 2 and the Baby Vida. Both use pulse oximetry which monitors the levels of oxygen in the blood as well as the heart rate.

Dr. Christopher P. Bonafide, a pediatrician and researcher of the study, used the monitors on 30 infants ages 0-6 six months, who were hospitalized in general pediatrics and cardiology wards at CHOP.

“The two monitors used, looks on the outside was the same technology, but performed drastically differently,” Dr Bonafide explained.

The Owlet Smart Sock 2, which is priced online at $299.99, performed “fairly well” in terms of pulse oximetry with some inconsistencies based on a hospital-grade monitor.

According to Dr Bonafide, the device would sometimes suggest that oxygen levels were low when they were actually normal. But, this monitor was more favorable than the Baby Vida in terms of measuring oxygen in the blood, he said.

As for the Baby Vida, the device failed to accurately read heart rate and oxygen. If the baby was fine, the monitor would read that their oxygen levels were low. In these cases, parents may bring their child to an unnecessary trip to the emergency room, Dr Bonafide said.

In another instance, the monitor would suggest the opposite–that the baby’s oxygen levels were totally normal when in fact they were dangerously low.

Dr Bonafide also noted that parents should still let their pediatrician know if they’re using these types of monitors. “Alarms will go off,” he explained.

“Those could be false alarms, they could be true alarms. It’s important to have a conversation with the pediatrician to decide what to do when the alarms do go off.”