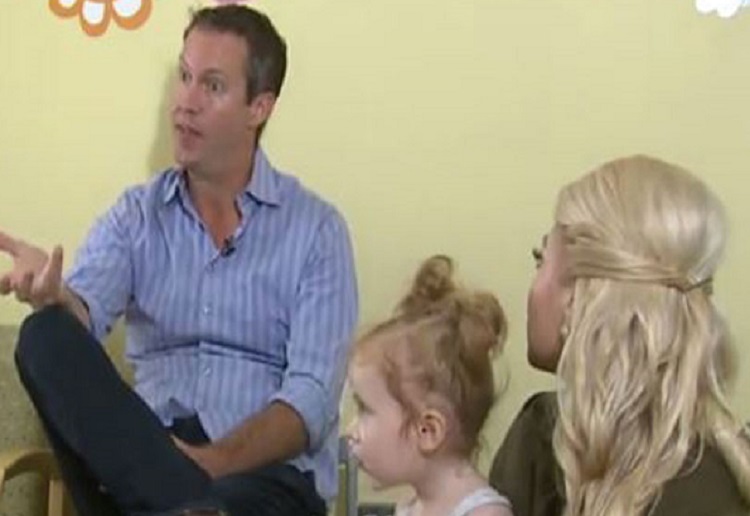 Parents issue warning after their two-year-old swallowed this item commonly found on the fridge in many households.

When Kyle McBrien came out of the bathroom to find his daughter Ella holding some of his Buckyballs – neodymium magnets,  in her hand, he quickly realised the two-year-old with a tendency for putting things in her mouth had likely swallowed some. 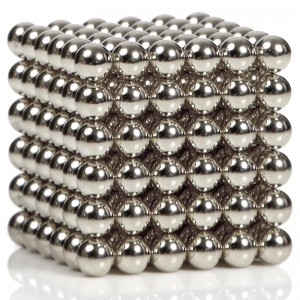 In fact, the toddler had managed to swallow 28 of the high-power magnets.

“It sounds as benign as humanly possible — magnets, you don’t think anything of it,” he told Colorado’s Fox News station KDVR

They rushed Ella to the hospital even before she showed any symptoms and doctors say they got to her just in time.

The magnets had all come together to form a circle in her bowel but two of the magnets were pinching the lining, which was starting to create a hole. 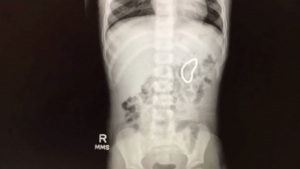 Dr. Robert Kramer, Director of Endoscopy at Children’s Hospital Colorado was able to get to them before the hole was formed and avoided major surgery by performing a specialised endoscopy.

“In the worst cases there has been deaths associated with these,” Dr Kramer told KDVR of holes in the bowel.

The parents are now warning others about the dangers of small magnets.

Magnets are commonly found on the fridge (or kids white/chalk board) in many households. Make sure you check that they are not too small for little inquisitive people to pop in their mouth and check the backs of any alphabet magnets to make sure they are secure and not likely to become loose.

What to do if your child has swallowed a magnet:

If you think your child has swallowed a magnet, immediately seek medical attention by calling your doctor or go to the emergency department.

Swallowed magnets can stick together across intestines causing serious infections and death.