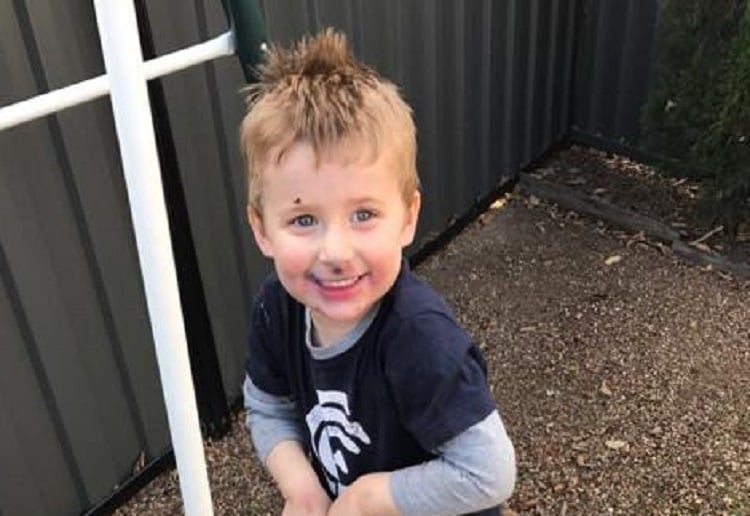 A couple have hit back at critics who have slammed their decision to have a sixth child to save their sons life.

The condition is regarded as a death sentence.

Just three-weeks-old at the time, Fletcher was their second child to be diagnosed with the deadly condition.

To save his life, his parents made the brave and controversial decision to have a sixth child that would be genetically engineered.

The couple have no regrets, despite the disapproval of friends and widespread public backlash.

‘Olivia’s a bit more sensitive to what other people think and say but I don’t really care, I’ll just live my life and you live yours,” Mr Densley said on Sunday night’s episode of 60 Minutes.

‘That’s the decision we’ve made.’

Their third child Cooper was also born with Wiskott Aldrich Syndrome in 2010 but was cured four years ago following a lifesaving bone marrow transfusion from his younger brother Jackson.

The Densleys didn’t think they could be so unlucky as to have a second child with the condition when they fell unexpectedly pregnant with their fifth child, despite a 50-50 chance of the baby inheriting the condition if it was a boy.

But Fletcher was born with the condition and none of his older siblings were a donor match for the youngster, who was put on international register to find a bone marrow donor.

His parents spent $140,000 over two years on several rounds of IVF to create a sixth child in a desperate bid to save their son’s life.

With the help of Dr Gareth Weston, the baby was genetically engineered to ensure the new addition to the family would be an exact match for Fletcher.

While the couple admitted they wouldn’t have had a sixth child if there wasn’t a need, the couple don’t see it as a bad thing.

‘We can positively say to this child, yes, we did have you for some of your bone marrow, but it’s a good thing because we knew you were going to be OK,’ Mrs Densley said.

But Fletcher isn’t out of the woods just yet, despite the family’s renewed hope.

While Lilliahna is a 100 per cent match, the transplant has risks.

The family also have to play the waiting game until Lilliahna is 10kg before the bone marrow transplant can take place next year.

‘We want you all to know that we truly appreciate the continued support you’ve given to Fletcher and our family throughout his journey to cure him of Wiskott-Aldrich Syndrome,’ the Densleys posted on Fletcher’s Fight Facebook page on Sunday in lead up to the segment.

We hope much needed awareness is raised for the Australian Bone Marrow Donor Registry from the 60 Minutes episode to hopefully help other people in need of bone marrow.’

Public reaction to the 60 Minutes story was mixed with many people branding the Densleys as selfish.

‘Why go risk an unhealthy 5th. Some people cant even have one child. Then to spend over 100 grand to have a healthy 6th just to save the 5th that they shouldnt have had,’ one person commented.

Couldn’t even watch the end of this story, made me so angry! These people should be ashamed of themselves.’

However, there was also lots of support for the Densleys.

‘Put in the same position I would have to think along those lines, to save a child I had given birth to. How can you judge? Walk a mile in their shoes and see if you would want to save your child,’ one woman commented.

Wouldn’t all parents go to any lengths to save their child’s life?