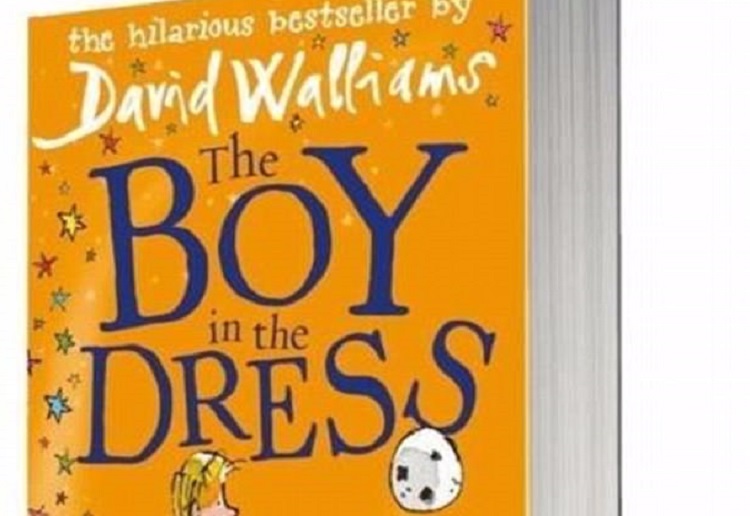 Aldi Australia has sparked outrage from parents after the supermarket promoted upcoming sales of a ‘transgender’ children’s book, The Boy In The Dress.

The short novel, which was authored by British comedian, David Walliams, has angered various mothers thanks to its title – which alludes to a boy wearing a dress.

One Australian woman was so angered that she posted on Aldi Australia’s Facebook page. 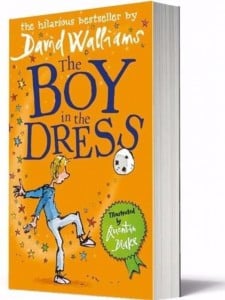 ‘Aldi – we are so very disappointed in your decision to stock a book within your store – relating to transgenderism in children,’ one woman posted on the store’s Facebook page.

‘We would ask that you reconsider your choice to sell it! Family and children must be protected in times where there are those whose agenda is to groom and sexualise them! We ask you to have a conscience in this matter!’. 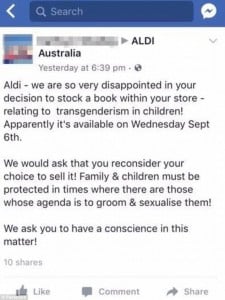 Some agreed with the mother’s post, writing things like: ‘I can assure you that none of these books would be acceptable in my home. I am disgusted and horrified that you are promoting a transsexual agenda that the vast majority of parents would find totally unacceptable.

‘You are helping to confuse and undermine children’s sense of identity and I believe this is a form of child abuse. I hope and pray that you will withdraw these books straight away.’

Another wrote: ‘Inappropriate books for children. I spend big dollars shopping from your store and have been on regular basis since you came in our area for years now.

‘My way of boycotting and saying to you you are exploiting our very young and have no right to push this debate.’

One person went even further, writing: ‘Excuse me, Aldi Australia, but why are you peddling the child abuse that is The Boy In The Dress, a novel that promotes children cross-dressing? Are you joining the genderless bully brigade?’.

However, others were quick to step in and say they had no problems with it.

‘Cheers Aldi for unintentionally ridding your stores of bigoted customers,’ one woman wrote.

‘Who knew a children’s book could be so powerful?’.

Another added: ‘Well done Aldi for selling a book that actually teaches kids about acceptance and tolerance. No wonder I continue to shop there.’

‘With ALDI’s unique range of Special Buys, there is often a range of feedback. We have no intention of removing The Boy In The Dress from sale, the book tells the story of freedom of expression and tolerance.

‘This forms part of a range from David Walliams, the third biggest children’s book author in Australia, and is available throughout a number of major retailers.’

Seriously people!? There are so many other things you should be getting outraged about, don’t you agree?