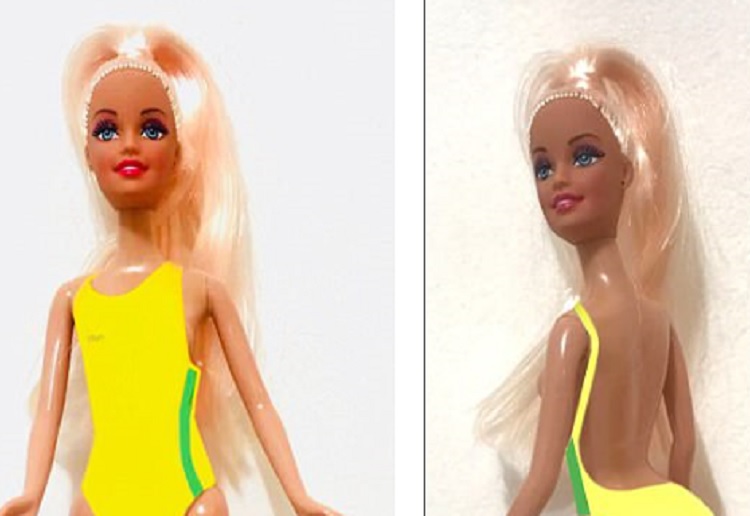 Campaigners have blasted a new Barbie-style doll with a butt lift which is set to go on sale in Brazil.

The doll has a bottom which in real life would be 40ins round.

But it has been met with a furious backlash from critics who claim the toy will ‘frustrate’ girls and encourage them to undergo surgery.

The doll has been created by the Miss Bumbum beauty pageant, with makers saying it has ‘authentic Brazilian curves’. It comes complete with the skimpy yellow and green swimsuit which will be worn by contestants in this year’s edition of the popular annual ‘best bottom’ competition. 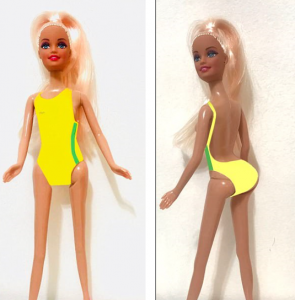 Makers say they have already been inundated with pre-orders for the toy which will be launched on August 8, the day this year’s annual Miss Bumbum contest kicks off.

But one group has threatened to launch legal action to prevent the toy from going on sale, according to Daily Mail.

Campaigner Sara Winter, a candidate for federal deputy in this year’s elections, said: ‘I refuse to conceive in any shape or form that a toy doll of this kind will be allowed to be made, marketed or sold.

‘This is really serious. The doll’s bottom is completely disproportionate. A bottom that big is almost impossible to achieve without surgery.

‘For girls, dolls are a representation of the women they want to be, just like with dolls such as Barbie and Suzie. This doll will frustrate young girls, making them believe that this is the body they should have and aspire to.

‘I have no doubt that if a doll like this is circulating in Brazil it will lead to more teenagers and young women seeking dangerous procedures to make their bottoms bigger.

‘Apart from that, it’s a a sexy, sensualised doll wearing a very revealing outfit, something that objectifies women just like the Miss Bumbum contestants it represents.

‘This doll has no place in any young girl’s bedroom and we are determined to ensure it never enters into production, let alone into the toy shops.’

Feminist group Sexuality and Health Collective in Sao Paulo also positioned themselves against the controversial doll.

In a statement the group’s director Luiza Cadioli called the doll ‘damaging to childhood’.