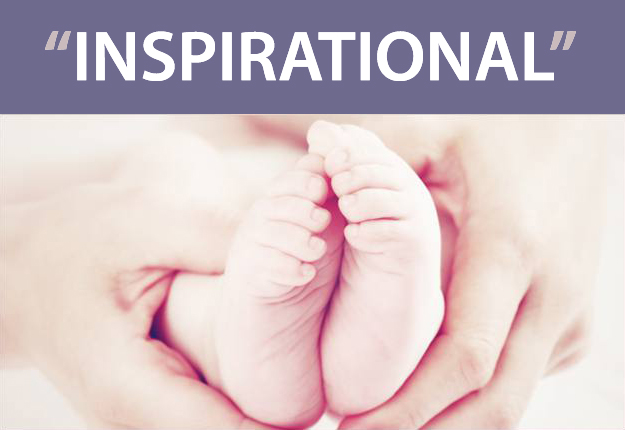 When I pictured having children I never pictured special needs children. I didn’t think it could happen to me. That type of thing did not seem real to me.

When my second child was born we knew something was wrong from the start. But even then I didn’t think it could happen to us. Yet at 12 months old she was as floppy as a newborn baby. We kept getting fobbed off by the pediatricians until we moved to a country town. She took one look at this 18 month old that could barely sit up and immediately ordered an MRI.

I was 34 weeks pregnant with my third and last child when my world was rocked. The MRI showed an abnormality in the brain. All they could tell me? It’s a leukodystrophy. It’s hereditary. It could affect your unborn child. We don’t know much so go google it.

The shock put me into premature labour but they stopped it and my third child was born at 37 weeks. We thought she was fine because she reached all her milestones only slightly late. Except for talking. They started talking about autism, but decided to do an MRI to rule out Leukodystrophy given that its genetic…and they found she had an identical brain scan to her sisters

In 2010 my marriage also broke down. Probably due to the stress of it all. I thought I would never find someone. What did I have to offer? Three children, two of which had a terminal condition that required nappies, tube feeding and wheelchairs for life? I thought I would be better off getting a dog.

Until Terry came into my life. He saw kids, not kids with disabilities. He embraced the life of a special needs parent and learnt to nappy change and tube feed (and he had never had kids). He understood I could not have any more kids and yet didn’t faze him. He just wanted to be with me and my children. He was by my side in 2012 when both girls got diagnosed with autism (on top of leukodystrophy). And when we had to get measurements for the latest lot of wheelchairs.

He is by my side now as I struggle to find a car to take two wheelchairs….and struggle to actually pay for it. You see we are both on pensions and you can’t get a bank loan with them easily (plus my ex has ruined my credit history). Because of this I cannot get finance. It is sad because I desperately need a wagon to fit the chairs in or I can’t take my girls out. DSC have said this (I only have a crappy sedan). But their response when I ask how do I afford it? Get a loan….not everyone can.

But the question I keep getting asked is how do I do it with two highly complex special needs children? And what would my life have been like if they were “normal”?

Firstly, I do it because I love them and they are my life. Secondly, how the hell would I know what it would be like if they were “normal” because they wouldn’t be the same children I have today. Life might have been easier, but it could very well have been harder.

Perfection comes in all shapes and forms. And it comes in the form of my children whom I love very much.