Article Peter Rabbit All Grown Up 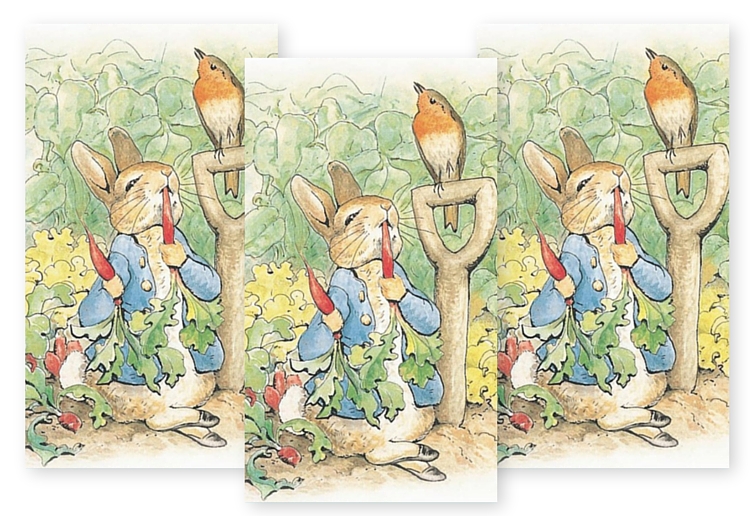 A new Beatrix Potter tale has been discovered and will be published for the first time in 100 years.

Beloved worldwide for her stories about Peter Rabbit, Jemima Puddle Duck and Tom Kitten, the existence of The Tale of Kitty-in-Boots was discovered two years ago by publisher Jo Hanks.

In a letter that Beatrix had sent her publisher in 1914, she mentioned the story of “a well-behaved prime black Kitty cat, who leads rather a double life” and referred to an unedited manuscript of the tale.

This snippet of another highly crafted Beatrix Potter story lead Jo on a search through the V&A archive in London.  The search revealed, three manuscripts handwritten by Beatrix in school notebooks, one rough colour sketch of Kitty-in-Boots, a dummy book with typeset manuscript in position and a pencil sketch of arch-villain Mr Tod.

Letters also contained in the archive, showed that Potter intended to finish the tale, but was continually ‘interrupted’ by the outbreak of the first world war, marriage, sheep farming and colds.

As a result, Beatrix never returned to the story and it remained unfinished when she died in 1943.

“The tale really is the best of Beatrix Potter,” said publisher Jo Hanks, “It has double identities, colourful villains and a number of favourite characters from other tales (including Mr Tod, Mrs Tiggy-Winkle, Ribby and Tabitha Twitchit)”. An “older, slower and portlier” Peter Rabbit also makes an appearance.

Well-known artist Quentin Blake agreed to illustrate the tale. He said: “It seemed almost incredible when, early in 2015, I was sent the manuscript of a story by Beatrix Potter; one which had lain unpublished for 100 years and which, with the exception of a single drawing, she had never illustrated.”

“I liked the story immediately – it’s full of incident and mischief and character – and I was fascinated to think that I was being asked to draw pictures for it,” he continued. “I have a strange feeling that it might have been waiting for me.”

The Tale of Kitty-in-Boots will be published in September by Frederick Warne & Co, Beatrix Potter’s original publisher and now an imprint of Penguin Random House children’s books.