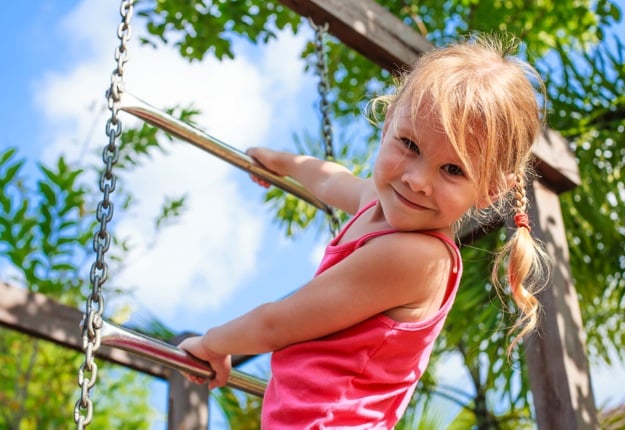 The damage under the skull was so great, the neurosurgeon assumed the unresponsive girl on the operating table before her had been catapulted from a car during a high-speed crash.

Just two days after Christmas, Kaylah Exard, 4, was playing with her sisters on their new enclosed trampoline, when she fell — most likely when turning around to zip up the net door — and landed head first on the concrete.

In previous years, RCH theatre staff were used to seeing kids with broken arms and wrists who had fallen from trampolines — with their arms stretched out to break the fall.

But head injuries from trampolines, either from falling backwards when getting out of netted trampolines or from clashes between multiple children bouncing inside, have become more common.

Last year, 74 children were admitted to the RCH with trampoline injuries.

After five weeks in hospital and two surgeries to remove and later replace a palm-sized piece of skull, Kaylah has started kindergarten. She has amazed her parents, Ben and Hayley, with her progress.

“I couldn’t be happier. The hospital has done absolutely everything they could, and so now we’ve got our little girl back,” Ms Ezard said.

“You wouldn’t expect something that brings so much joy to cause that much injury,” Ms Ezard said.

“You can’t take those safety features of the trampoline, like the net or ladder, for granted.

“Never take your eyes off them, even for a split second.”

It has been a long road home. For the first week, the pressure of her swollen brain on the optic nerve meant Kaylah could not see.

Kaylah spent a month in a helmet while a piece of skull was removed last month, by neurosurgeon Wirginia Maixner, to give her swollen and injured brain time to heal.

Kaylah will continue to be monitored for the effect the brain injury had on her leg muscle tone.

Now back at home — without her helmet or neck brace — Kaylah knows the trampoline is out of bounds for her. She begs her sisters not to play on it without her.

“She tells them it isn’t fair for her,” Ms Ezard said.

“We tend to let them go on it when she isn’t around. But just one at a time.”

“But no one can tell her she can’t do something. She’s too determined and that’s why she’ll be fine.”

Pediatrician Anthea Rhodes says trampolines can be fun and safe when used properly.

“But allowing multiple children on a trampoline has been compared to cage fighting by our trauma service at the Royal Children’s Hospital,” she said in a statement via news.com.au. 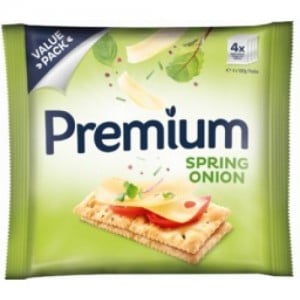