Article Probiotics during pregnancy: what are they & why so important 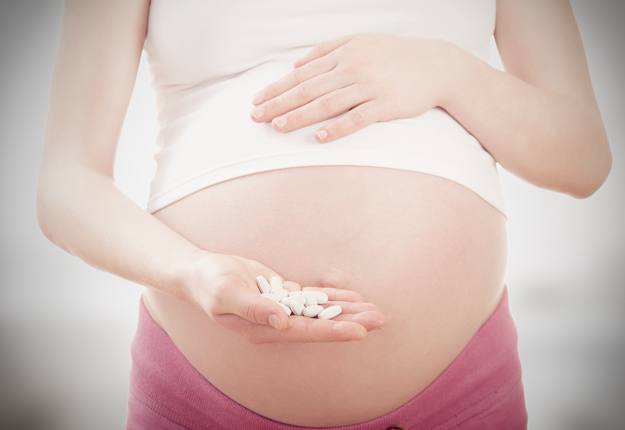 During pregnancy you are sure to be bombarded with plenty of do’s and don’ts when it comes to your health and the health of your baby-to-be. Probiotics during pregnancy via supplementation is one of the “do’s” increasingly gaining attention for its multitude of potential health benefits. But what exactly are probiotics and what role do they play during pregnancy and infancy?

Put simply, probiotics are good bacteria that play a part in maintaining your digestive, urogenital and immune health and occur naturally in your bowel and gastrointestinal tract. Probiotics reside in your gut alongside “bad” bacteria, and an imbalance of the two may result in health issues such as digestive disturbances and an overactive immune system.

But not all probiotics are created equal. There are numerous probiotic strains, each of which can have different health benefits. Here is the low-down on the probiotic strains that may benefit both you and your bub, and the health conditions they may be helpful for.

Given that gestational diabetes can be a complication of pregnancy for some, a potential benefit of taking a probiotic in pregnancy may be that it can assist in the maintenance of healthy glucose levels. In one study, combined with dietary counselling, the administration probiotics improves glucose metabolism during, and several months after, pregnancy [1]

As many as 33% of breastfeeding mothers suffer from lactational mastitis,[2] a painful condition involving inflammation and infection of one or more lobules of the mammary gland that renders breastfeeding a challenge.

Recently, it has been found that healthy breastfeeding mothers have two specific probiotic strains in their breast milk (Lactabacillus gasseri and L. salivarius) which are absent in the breast milk of mothers with mastitis.[2,3]

These probiotic strains may display antimicrobial and immune-supporting properties, with a study revealing that when administered to women with lactational mastitis, the condition cleared by day 14 of the four week trial. Whereas the lactational mastitis persisted in the women who did not receive this probiotic blend.[2]

It’s not just you who may reap the benefits of a probiotic during pregnancy – your child may too, even before conception. Research shows that probiotics reside in the uterine environment, so before your child is born, they are exposed to the probiotic status of the mother.[4]

Today, incidences of the inflammatory skin conditions eczema and dermatitis in children are rising, a factor in this being the gut flora in newborn infants. An evaluation of studies examining the link between probiotics and eczema in childhood found that taking a (lactobacilli strain) probiotic while pregnant helped prevent atopic eczema in children aged 2-7 years.[5] What’s more, in a study of 159 pregnant women who had an immediate relative or partner with an allergy or eczema were administered a probiotic (L. rhamnosus) for 2-4 weeks before conception and for 6 months postnatally. Impressively, the frequency of atopic eczema in babies of the probiotic group was half that of the group whose mothers did not receive a probiotic.[6]

Amongst the many benefits associated with probiotics, their effect on the immune and digestive systems has received much attention. Research has provided unequivocal evidence that specific strains of probiotics are able to stimulate and regulate immune responses.7 There is also evidence that taking probiotics is effective in the prevention and/or management of digestive disturbances such as constipation in pregnancy.8

Many women can struggle with their weight following childbirth. A study, however, has shown that women who take probiotics from the first trimester of pregnancy through breastfeeding for up to six months, combined with dietary counselling, were more likely to reduce abdominal fat one year after giving birth. However, if overweight prior to pregnancy, 98% of women were overweight 12 months after pregnancy, regardless of intervention.9

So whether you are planning a pregnancy, or are pregnant or breastfeeding, supplementing with a daily probiotic may provide multiple health benefits for you and your child.