Article “Quit telling my daughter to be ‘ladylike’!”

By Ambrosia Brody on Romper 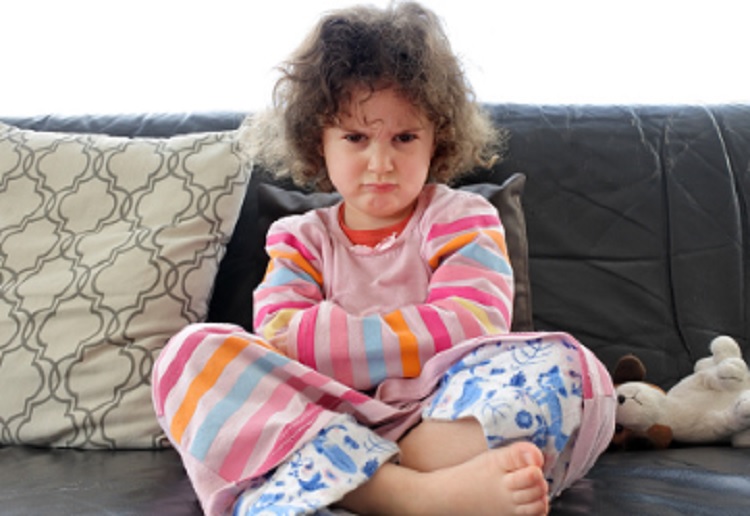 This mum wants people to STOP telling girls to be ‘ladylike’.

Dear people who tell my daughter not to sit “like that,”

Although I understand that you believe your request for my daughter to act “ladylike” is rooted in some helpful gender norm that dictates what sets a “proper” girl apart from an “inappropriate” girl, please save your opinion for someone else. She can sit however she damn well pleases.

Were it 1800, and my children the offspring of a well-to-do viscount, I might understand the impetus to tell my daughter to keep her legs pressed carefully together as she sits in the parlour doing her embroidery, waiting for her society debut, but seeing as it *does* appear to be the post-industrial age, and my daughter is all of 4 years old, I’m going to ask you to take your cravat and shove it.

I’m old enough to remember being taught to sit correctly — in a manner befitting a lady, as Catherine de Bourgh might say — but I’d like to believe that we’ve reached a point where a woman isn’t judged on her prowess in holding her handbag, or on her diction. Especially if she’s not even in kindergarten.

The rule that girls sit with legs closed could, at most, be interpreted as an act of politesse, saving us all from the frightful sight of underwear. And yes, I don’t want people seeing my underwear, but then again, come summer, look at all the butts on parade on the beach!

No, the real intent of this gendered, sexist expectation is that girls should not take up space. The counter to manspreading is the girl carefully squeezing her ankles and knees together on that crowded train. No thanks, I’m teaching my daughters to be proud of their bodies, and confident of their place in society. Telling them how to sit is akin to body-shaming them. It’s a double standard. I feel quite ~ardently~ that whomever wants to tell them to act more ladylike can sod right off. My girls should feel welcome in their bodies, and in public spaces.

When is the last time you told a boy or a man to “sit right?” Never, right? Because boys are held to different standard than girls. Society tries to body shame girls by placing unfair expectations on them, from expecting them to dress in a manner that does not send guys the “wrong signals” to waiting their turn instead of speaking up during a conversation. Being told how to sit is just another unreasonable expectation placed on our girls, and that’s not OK.

In our household we believe in teaching children manners, and these are gender neutral. Everyone should say “please” and “thank you.” Everyone should hold doors open for others or ask to help carry groceries from the car. My girls are 4 and 2, so showing a bit of diaper and underwear at this age is not a huge deal. But we do explain that we would like my 4 year old to wear shorts under her dress if she plans to do summersaults while out at a concert in the park. My daughter is already very aware of her body and does not like other kids to see her underwear — she is not worried about being ladylike.

Do not tell my daughter to be a lady or force her into a gender role. In our house, we remind our girls that they can wear what other people term “boy colors,” just like boys can wear pink. And acting like a princess does not equate proper behavior, but rather being a boss.

They know Moana was brave for trying to save her island, Merida was assertive and passionate, and Tiana was a hard worker who had no problem putting a prince in his place. You’d better believe my girls will be ready to put you in your place before long.

So please, next time you think about remind my girls to sit ladylike, how about you go take a hike on the moors instead.

This post originally appeared on Romper By Ambrosia Brody.

Ambrosia Brody is a full-time editor, journalist and mother to two spirited daughters. She lives in Southern California in a beach city but hates the sand; enjoys people watching but hates small talk. Her time is spent raising two strong-willed daughters, trying to watching Netflix with her husband and reading celebrity news. She started to blog at Random Aspects of (My) Life when she realized everything she knew about parenting was wrong.

Can you relate to what Ambrosia is saying?