Article Mum’s Car Seat Warning: ‘This Is Not My Opinion – It’s Fact’ 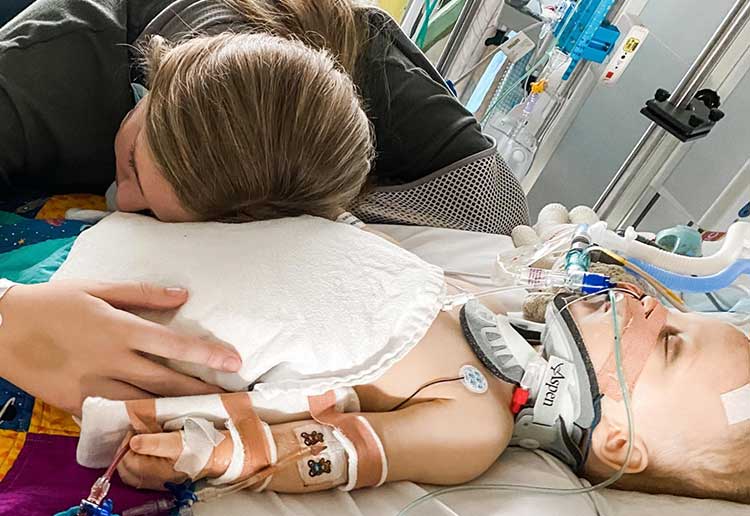 When Melbourne mum Zoe ten Broek buckled her 10-month-old son Jaxon into his car seat in July 2020, she could never have imagined the horror that would unfold just minutes later. But she says one crucial decision saved her little boy’s life.

After waking from his nap, Zoe decided to take Jaxon to her mum’s place for dinner. She sent her mum a text, grabbed her bags and put Jaxon in the car.

“Two minutes later we crashed,” Zoe told Mouths of Mums. “Half an hour later I regained consciousness; all I see is valleys around me and no Jax. Someone was telling me all is okay and they were airlifting me to hospital. I kept asking where Jax was but he was already gone. The rest of the day was just a blur for me.” 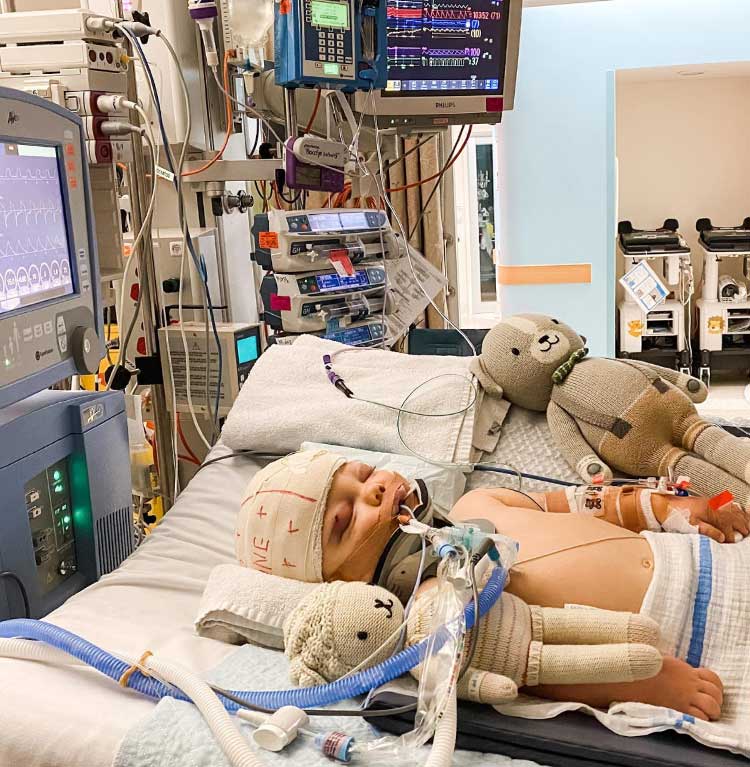 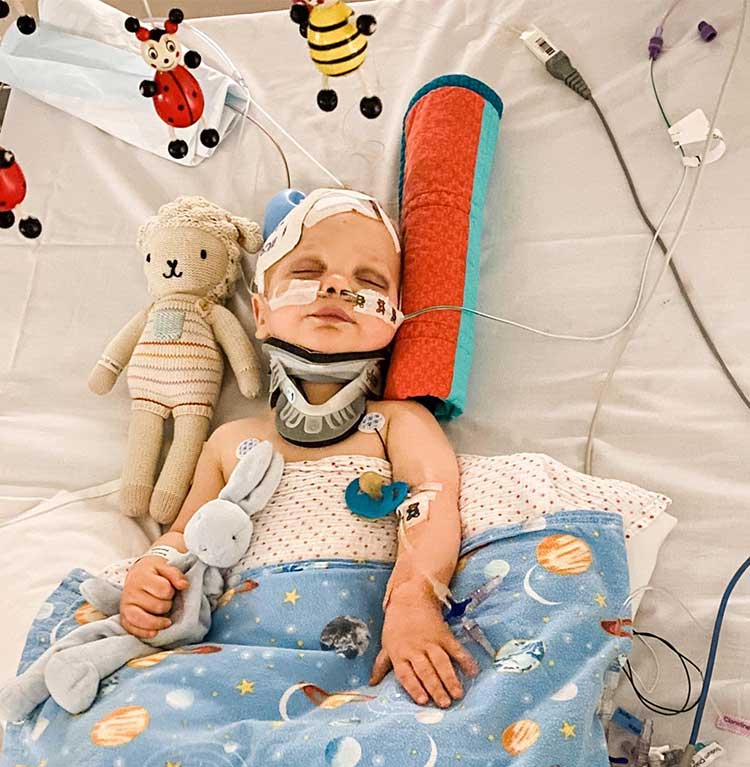 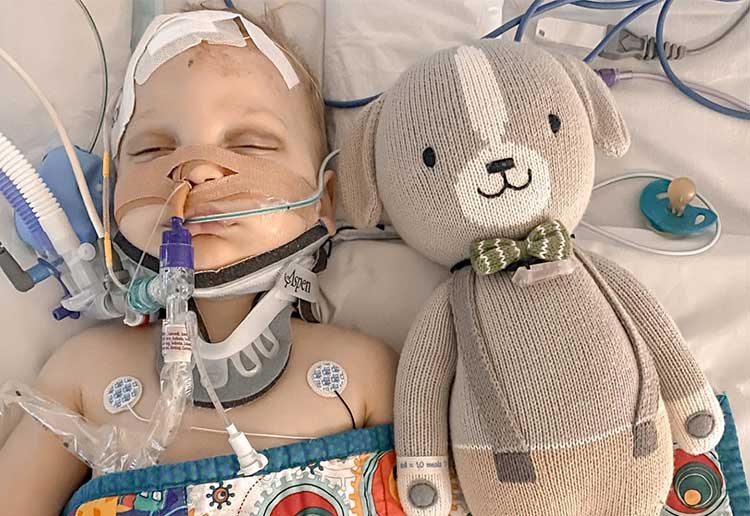 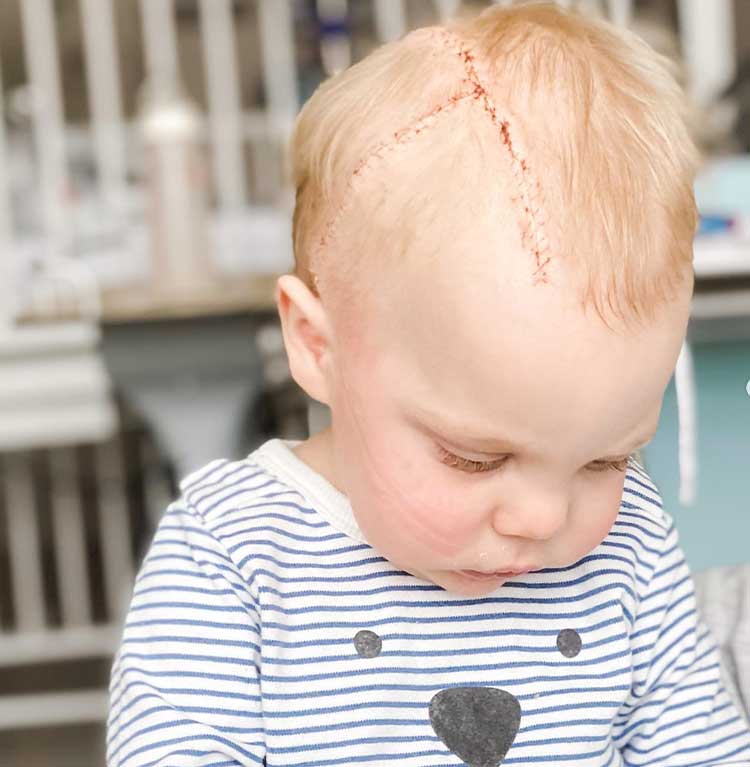 Jax had suffered serious head trauma. His skull was fractured, he had a bleed on his brain and he’d torn a ligament in his neck.

“I didn’t get to see Jax for 24 hours as I was taken to a different hospital. My mum had been making decisions on my behalf as I was too sedated. She kept tried to keep me informed with calls and messages but nothing really registered with me. So when I first saw him it was really really shocking.

“I was horrified that he didn’t even look like himself. His head was bandaged up and everything was swollen, from his head to his toes. It really hit home that I could loose him any second.”

What is the car seat ‘pinch test’? 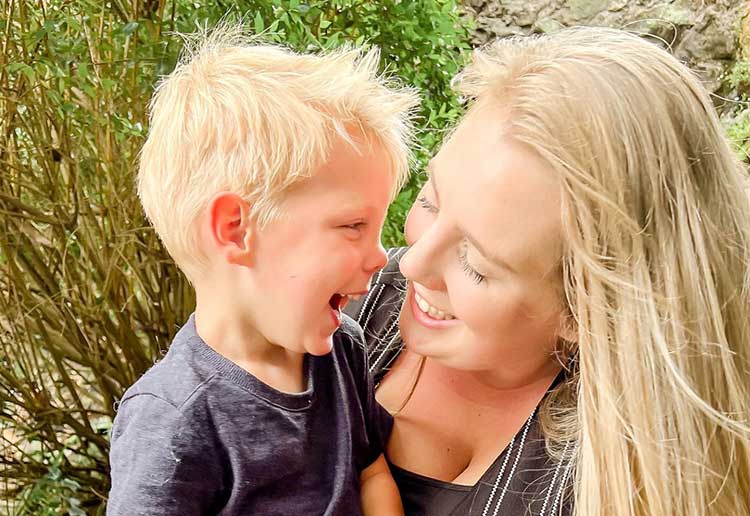 Zoe credits Jax’s rear-facing car seat with saving his life, as well as the ‘pinch test’, which she did after buckling him in just before the crash.

“The pinch test is a one second test that will safe their life. You run your thumb and index finger along the seatbelt. If you can pinch it between your two fingers it’s not tight enough.”

Little Jax remained in hospital for a month, undergoing major surgery four times. Now, almost two years since the accident, Zoe continues to raise awareness of the importance of keeping children in rear-facing car seats for as long as possible.

“There is very little information available for new parents unless they actively search for it. Maternal health nurses provide no information, there are no pamphlets on this topics in waiting rooms, sales assistants aren’t educated properly, mothers groups etc. As new mums we all get educated on SIDS, choking, drowning etc. Why do we not get educated on the most riskiest thing we do every day; Driving!?”

Neuroscience Research Australia (NeuRA) and Kidsafe updated the National Guidelines for the Safe Restraint of Children Travelling in Motor Vehicles last year. They recommend keeping children in rear facing restraints as long as they still fit.

Kidsafe explains, “Infants have relatively large heads and weak necks which put them at particularly high risk of serious injuries. It is best to keep children in their rear facing restraint until they reach the maximum size limit – rear facing restraints provide the required head and neck support that a child needs.”

Zoe says parents who may have already turned their children to forward facing earlier than four years old should reconsider.

“My only hope is that parents and caregivers have the opportunity to make educated decision,” Zoe said. “I truely think that if people understood why we do extended rearward facing everyone would make the same choice. My ultimate dream of course is to change the law, like so many other countries have done, to make it illegal to forward face to at least two years.”

How long did you keep your children rear facing in their car seat? Let us know in the comments below.