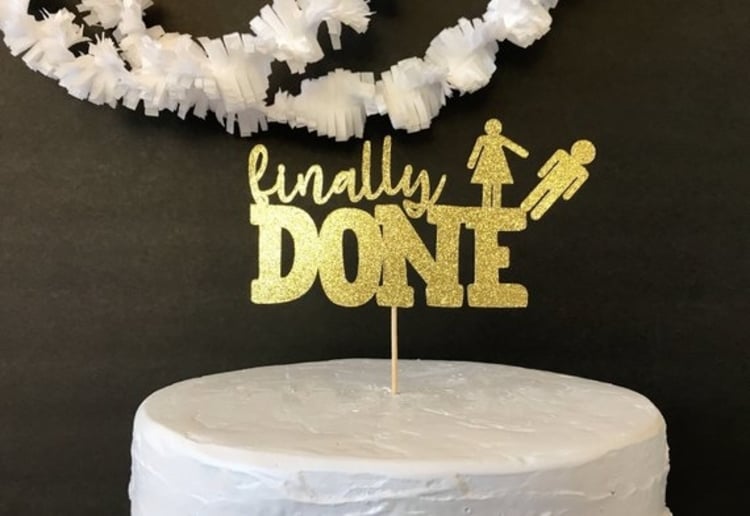 Why not turn the end of your marriage into a celebration of your new found freedom and throw a divorce party?

They say that your wedding is the biggest day of your life, but with almost 40% of marriages now ending in divorce, there’s a new trend that may just rival the day you got hitched. Divorce parties initially gained popularity in the US, but are now on the rise in Australia, ranging from extravagant affairs featuring caterers and live music to a simple night out with friends.

Psychologist John Aitkin told Body and Soul that the stigma around divorce has largely disappeared and couples are able to share the news without feeling ashamed. “Attitudes have changed around the divorce experience and the shame attached to it,” he said. “Years ago, people would tend to see marriage as lasting forever and divorce as being unusual, but now so many people are on the receiving end that it has become more commonplace and accepted. People are now more realistic that relationships can go wrong and couples do get divorced.”

Divorce parties have added an element of fun to what can be a painful experience, with couples choosing to hold the party together in the case of an amicable separation and others opting for a celebrating their new status as a single person. Gift registries, dress burning and ‘pin the tail on the ex’ are all part of the experience, but Mr Aitkin warns that things can easily turn sour. “If there’s anger, hate and regret involved, things could get ugly,” he said.

Melbourne mum Bronny Fallons, author of the children’s book My Super Single Mum, said her divorce party was less about getting revenge on her partner and more about celebrating the start of a new chapter. “I wouldn’t be the person I am today if I hadn’t married him,” she said. “It was a celebration of my independence and letting the world know I was starting a new chapter. In all, 80 women turned up and it was a cathartic experience. I felt so loved and supported. There was something powerful in the ritual. It symbolised the new me, no longer defined as part of a couple.” Bronny says that her ex was understanding about her need to mark the beginning of her new life as a single woman. “My ex thought it was amusing…we ritualise starting a new life as a bride, so it’s a natural progression to ritualise the start of a new life as a single woman.”

We think that divorce parties offer a wonderful chance to let go of the past and celebrate the future – just so long as they don’t get too personal!

Did you hold a party to celebrate your divorce? Share your story in the comments!