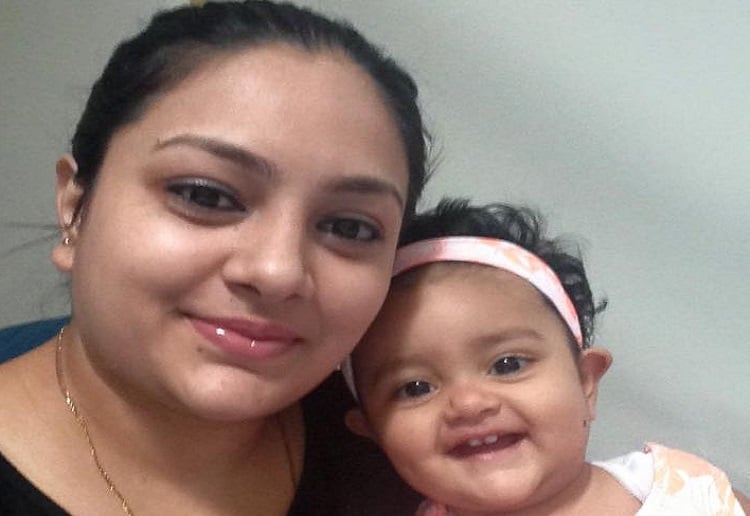 Reports reveal that murdered toddler Sanaya Shaib “grew up in an environment of dysfunction and violence.”

As reported earlier today Sofina Nikat was to face court this morning for killing her daughter.  But she was excused from attending the court hearing due to being mentally unwell and asked not to front court. (story here)

The Age today reports “Baby Sanaya is yet another victim of family violence.

Her mother Sofina Nikat, 22, arrived from Fiji as part of an arranged marriage to the child’s father, Sameer Sahib.

Within months of Sanaya’s birth, the relationship became abusive and Ms Nikat was isolated.

While she has more than 1000 friends on Facebook, she had few people in Melbourne to confide in and eventually sought assistance from the Department of Health and Human Services.

Ms Nikat is believed to have been moved to a safe house in December last year.”

Like one blogger wrote – “If only we could look after everyone in our community and give them the care, opportunities and resources they need. Tragedies like this would surely be less common.

Maybe we (our government? corporations? us?) could spend less on STUPID crap and funnel more into helping the humans who don’t have what they need to create healthy, meaningful lives and thrive.

The system in place just could not save this poor little bunny.

What a terrible loss this is – and a wake-up call/reminder that A LOT of people are struggling terribly out there.”

Sofina originally claimed a shoeless stranger smelling of alcohol snatched her 15 month old daughter from her pram in Olympic park.

She stated that she gave chase but, unable to keep up with the offender, returned home with the stroller and raised the alarm.

Sanaya’s body was found in the Darebin Creek early Sunday.

VICTORIA POLICE have shared… Homicide Squad detectives have today charged a woman with murder following the death of a 14 month old girl in Heidelberg West. The body of baby Sanaya Sahib was located in the Darebin Creek about 2.45am on Sunday.

A 22-year-old woman has been charged with one count of murder and will face an out of session’s court hearing at the 313 Spencer Street Police Complex shortly. Investigators are no longer looking for anyone else in relation to this investigation.

The mother of 14-month-old Sanaya Shahib, whose body was found in a creek in Heidelberg West in Melbourne, has been charged with her murder.

The Australian reports she confessed to killing the infant.

Sofina Nikat, 22, of Heidelberg West, appeared in the out of sessions hearing late today.

Ms Nikat appeared relatively calm as the charge was read out.

Detective Senior Sergeant Stuart Bailey said that Ms Nikat had been charged after an 8.30am interview.

He said she made a full confession.

“She was subsequently charged with murder,’’ the hearing was told.

It has been reported the CCTV footage shows Ms Nikat walking to the creek with the toddler in her stroller, then leaving again with an empty pram.

The Herald Sun earlier reported Sanaya’s post-mortem had found she was smothered to death, though police have not officially revealed a cause of death.

In a disturbing twist it has been reported that just a week ago paramedics treated the little girl for a “seizure” when an ambulance attended the Heidelberg West home belonging to a close relative on Sunday, April 3. The Herald Sun reports that an ambulance was called to her uncle Habib Ali’s home in Perth St for several hours.

The Herald Sun claims that paramedics aired concerns the seizure was triggered because the youngster had been smothered, causing her to fit due to a lack of oxygen. 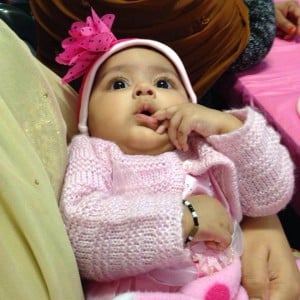 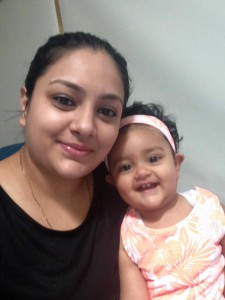 Irfaaz Ali, Sanaya’s cousin, said nothing was unusual about the hours leading up to the alleged abduction. “Nothing special, just kicking back,” he said.

“She took her baby for a walk and just came back saying that, you know, something, like, she got pushed and the baby got taken.”

News.com.au reports, Police have not commented on what — if anything — was captured on CCTV cameras located near the park where the abduction took place.

No independent witnesses have come forward to confirm the 22-year-old mother’s account. She is being kept in an undisclosed location and hasn’t yet been interviewed by homicide squad detectives.

She is said to be “hysterical”.

The Age reports, Uncle, Habib Ali said Sanaya’s mother had been taken to another location by social workers for “safety” reasons.

“I would like to tell my neighbours in the area to be very careful,” he said.  “Don’t go out in the park, don’t go at night, don’t go in the morning.”

“Police are doing their work. Hopefully they will come to a conclusion soon and everything will be sorted out.”

“I don’t know why this happened. Whoever done it, shame on him, he is a coward

“Whatever happened shouldn’t have happened, she didn’t deserve it,” Mr Ali said.

“She’s such a cute little kid, she was so attached to me.

Mr Ali said his sister was, understandably, in “shock” after her daughter’s death.

“She’s crying a lot, she doesn’t know what’s happening, she’s in a hysterical state of mind.”

The Age also reports the toddler grew up in an environment of dysfunction and violence, according to neighbours and other sources close to the family.

In the past week, the 15-month-old was in close contact with two men facing serious criminal charges.

One of the men is charged with serious family violence offences, including assault with a weapon. Neither man can be identified for legal reasons.

More updates to this story to come…