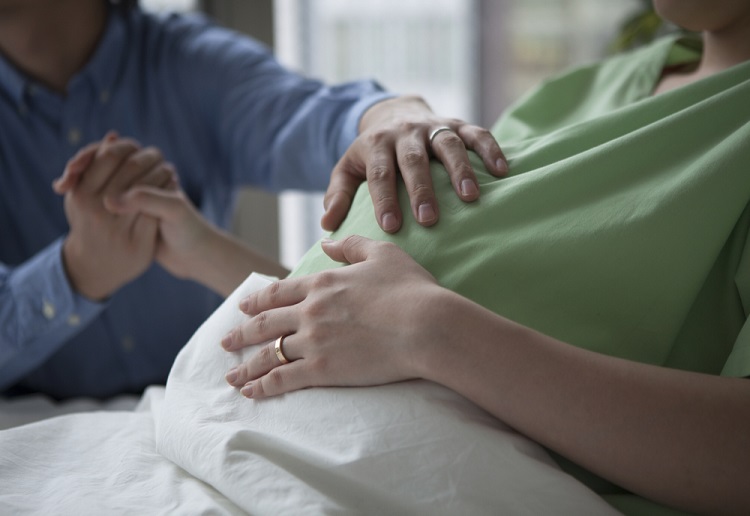 STUDY finds babies born via caesarean are 59 percent more likely to be obese by the age of five.

According to a review of existing research by the MRC Centre of Reproductive Health at the University of Edinburgh, children born by c-section were also 21 percent more likely to develop asthma by the age of 12, compared to those born naturally.

Caesarean delivery was associated with increased odds of childhood obesity at up to 5 years when compared with vaginal delivery.

Published in the PLOS Medicine Journal, the study found women are less informed about the long-term risks of having a c-section to themselves, their babies and future pregnancies.

The research, which looked at 79 scientific studies involving over 30 million women, found mothers were more likely to have a miscarriage if they decided to become pregnant again after the c-section.

Women with previous cesarean delivery also had increased odds of having placenta accreta compared to women with a previous vaginal delivery.

“Cesarean delivery is associated with future subfertility and several subsequent pregnancy risks such as placenta previa, uterine rupture and stillbirth,” the research suggested.

Women with previous cesarean delivery had increased odds of having placenta previa, as well as placental abruption, compared to women with a previous vaginal delivery.

The research hopes to increase discussions between patients and doctors about the long-term implications of c-section births. Read the full study here.

In conclusion they wrote, “Although we cannot conclude that cesarean delivery causes certain outcomes, patients and clinicians should be aware that cesarean delivery is associated with long-term risks for the baby and for subsequent pregnancies and a reduced risk of urinary incontinence and pelvic organ prolapse for the mother.

The significance that women attribute to these individual risks is likely to vary, but it is imperative that clinicians take care to ensure that women are made aware of any risk that they are likely to attach significance to. Women and clinicians thus should be aware of both the short- and long-term risks and benefits of cesarean delivery and discuss these when deciding on mode of delivery.”