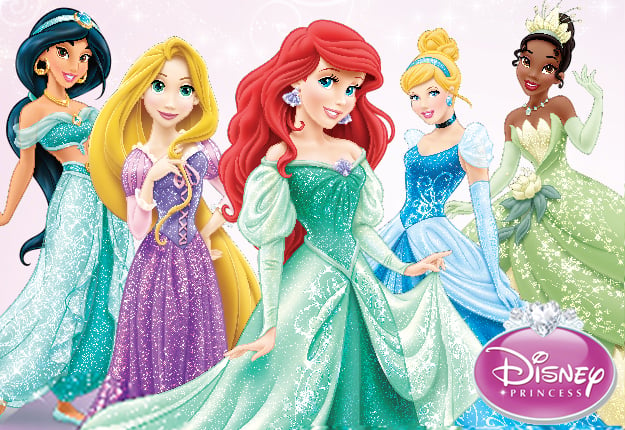 A study reveals that the more interactions with Disney Princesses a child had, predicted more female gender-stereotypical behaviour a year later.

Research from Brigham Young University shows the magical Disney Princess culture isn’t so harmless after all.

Professor Sarah Coyne found it can influence pre-schoolers to be more susceptible to potentially damaging stereotypes, reports The Daily Mail.

‘I think parents think that the Disney Princess culture is safe. That’s the word I hear time and time again–it’s ‘safe,” Coyne said.

‘But if we’re fully jumping in here and really embracing it, parents should really consider the long-term impact of the princess culture.’

The Impact Of The Princess Culture

During the study, Coyne assessed how much 198 pre-schoolers interacted with Disney Princess media.

Researchers found that 96 percent of the girls and 87 percent of boys have engaged with the media brand at some point in their lives.

And 61 percent of girls were reported to play with the toys at least once a week, while only four percent of boys did the same.

However, in both girls and boys, the team found that the more interactions with the brand predicted more female gender-stereotypical behavior a year later.

Gendered behaviour can become problematic if girls avoid important learning experiences that aren’t perceived as feminine or believe their opportunities in life are different as women.

‘We know that girls who strongly adhere to female gender stereotypes feel like they can’t do some things,’ Coyne said.

‘They’re not as confident that they can do well in math and science.

They don’t like getting dirty, so they’re less likely to try and experiment with things.’

Greater female stereotypical behaviour isn’t worrisome for boys, because the boys in the study who engaged with Disney Princess media had better body esteem and were more helpful to others.

These beneficial effects suggest that princesses provide a needed counterbalance to the hyper-masculine superhero media that’s traditionally presented to boys.

It isn’t just damaging stereotypical behaviour that will negatively affect girls, researchers also found that those with worse body esteem will increase their engagement with the brand as a way to find role models of what they consider to be beautiful.

‘Disney Princesses represent some of the first examples of exposure to the thin ideal,’ Coyne said. ‘As women, we get it our whole lives, and it really does start at the Disney Princess level, at age three and four.’

However, the researchers say parents do not have to completely remove the princess culture from their children’s lives, as it is absurd to believe avoiding one of the largest brands in the US is possible.

But they do say it is important to help your children find other interests and talk to them about media influences.

The same can be said for the superhero status, “Men – please do not worry about trying to conform to the muscular ideal we see in the superhero culture,” Coyne said. “Please do not view your body as merely an object meant to be honed to ultimate perfection. When I picture Christ, I picture the ultimate superhero – but I do not picture him as particularly muscular as [superheroes are] portrayed in media today..