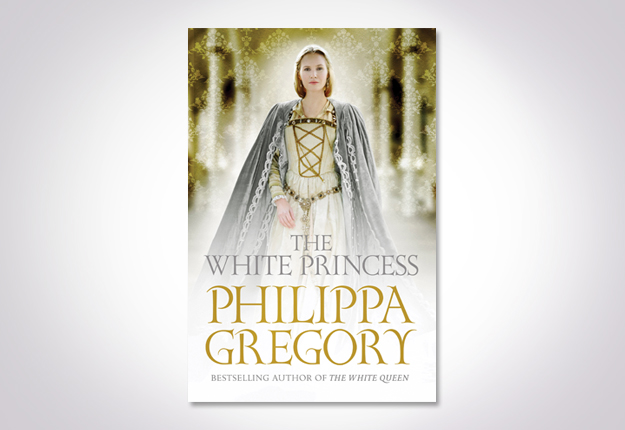 The White Princess is the fifth novel in The Cousins’ War series from international best-selling author Philippa Gregory.

The White Princess opens with news from the battle of Bosworth that the war is over, and a new Tudor king is to be crowned. Princess Elizabeth of York waits for word of whether the man she loves, Richard III, is alive or whether she will be forced to marry his enemy, Henry Tudor. She soon learns that her betrothal to the victorious Henry VII will go ahead. Under the guidance of her mother, Elizabeth Woodville, the young princess marries Henry VII and is charged to create a new royal family, one that will finally bring the houses of York and Tudor together. But, while the new monarchy has won the war, it cannot win over the hearts of the English people who still remember the House of York with love and desperately hope for the resurgence of a York prince. King Henry’s greatest fear is realised when a prince from the House of York invades England and attempts to reclaim the throne, leaving Elizabeth with the decision to either affirm his claim or stand by her husband, whom she is growing to love.

The White Princess, written by Philippa Gregory, is a brand new release from Simon & Schuster.

Find out more about The White Princess here.