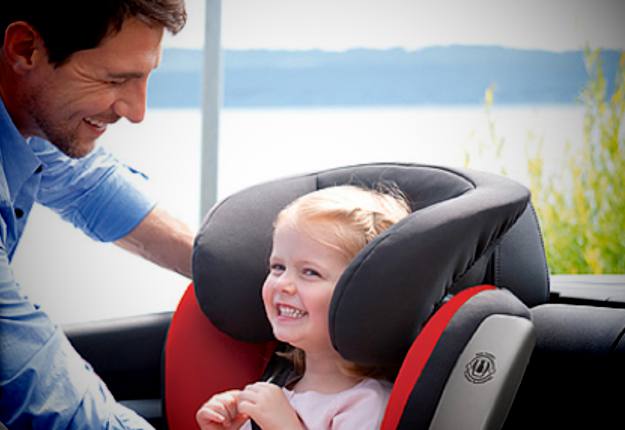 Are you aware there are revised Australian standard for child restraints in vehicles? Here is an update from Australian car seat manufacturer Britax.

The 2013 version of the AS/NZS1754 standard introduces a number of significant changes to the way Australian and New Zealand children must be restrained in cars and Britax, the Australian manufacturer of Safe-n-Sound car seats, are already working to incorporate the new inclusions to have an ISOFIX compatible car seat on the market by the end of the year.

Maurice McGrath, Britax Managing Director Asia-Pacific said, “This revision to the Australian and New Zealand Child Restraints Standard is a significant step forward for child safety in Australia and our safety and technical team will work tirelessly on child restraints that utilise these new safety features including ISOFIX compatible child restraints.”

Key changes to the standard for parents to be aware of include:

In the early 1990’s an International Standards Committee on child restraints started developing a standard system for installing child restraints into cars without using the seat belt. This system became known as ISOFIX. In partnership with Volkswagen, Britax Europe was first to launch an ISOFIX child restraint into the European market in 1997.

Britax Australia’s Technical Director, Mike Lumley, says, “Our current Australian and New Zealand child restraint systems provide high levels of safety equal or better to that of products globally. The main expected benefit from ISOFIX compatible child restraints is an improvement in fitment to the vehicle. Parents are likely to find these new style child restraints easier to fit to vehicles, reducing the potential risk of incorrect instalment.”

The new Standard requires these new styles of child restraints to also be capable of fitment with a seat belt. The use of a top tether strap will continue to be required, like those used today. Manufacturers will have the option of supplying rigid lower connectors to attach to the vehicle (like the ISOFIX child restraints that are available in Europe) or flexible connection, somewhat like the systems used in the USA and Canada (referred to as LATCH or UAS). Despite being similar to overseas child restraints, the Australian Standard includes numerous design advancements as well as extensive testing requirements that are not applied to overseas child restraints that connect to ISOFIX low anchorages in cars.

When purchasing a car seat it is important to remember that all child restraints that meet the Australian Standard have the ‘five tick’ standards mark that confirms compliance. Australian drivers who use a European ISOFIX or American LATCH or UAS child restraint are not obeying Australian Road Rules and are at risk of receiving a traffic infringement.

BRITAX manufactures the largest range of child car seats, strollers, baby carriers and nursery accessories under Australia’s leading brands. The parent company of Safe-n-Sound and Steelcraft strollers, Britax was founded in Britain in 1939 and has established itself as a trusted juvenile products brand worldwide, known for a commitment to thoughtful, innovative engineering of safe, top-quality and intuitively designed products. Safe-n-Sound has been supplying child restraints since 1969 to allow Australia’s babies and children to travel safely.