Article Shame on you classmates; where were your parents? 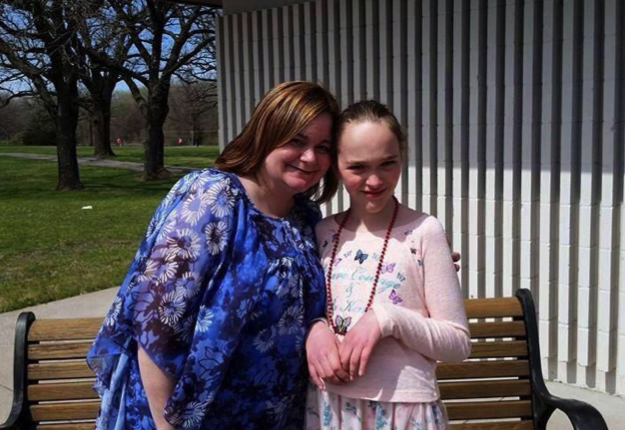 I read this story this morning and it played with my emotions;

One minute I was devastated and the next my heart was warmed by the generosity of a community.

You see, 10 year old Mackenzie Moretter from Minnesota, has a rare genetic disorder called Sotos Syndrome that has delayed her development.  Complications that included her skull not forming correctly as a baby has meant that since she was a toddler, she has not been able to socialise well.

This year, despite Mackenzie primarily spending all her time at school alone because “while the kids at school seem to like her they don’t socialise with her”, she told her mother she wanted “a big girl party” for her tenth birthday. Just like all the other girls at school do.  She wanted friends from school to come over, play games and have a cake.

Of course she did. What 10 year old child wouldn’t want this particularly if they’ve never had a party that included anyone other than family before?

Here’s where I get mad. Furious even.

Out of everyone in her class that was invited, she received a couple of “Sorry we can’t make it”s and no one else bothered to respond to their invitations at all.

Now I don’t know about you but in our house, it doesn’t matter who has invited you to their party, the invitation and the person is treated with the utmost respect.  Even if they are not in your close group of friends at school and you’ve been invited, you go.  Of course if we already have something on that can’t be moved, we decline but there is no way I would let any of my children fabricate an excuse not to attend or simply not reply.

Where are people’s manner and common decency?

Regardless of whether Mackenzie is top of the class, top of the ‘cool kids’ tree or a little delayed socially through no fault of her own, they should have all shown up or respected the invitation with a reply.

God bless her mother Jenny who went into ‘protect her cub’ mode and decided that if the class wouldn’t play nice, she’d look for a community of beautiful souls who would.

She posted Mackenzie’s birthday party on facebook. She hoped that she’d get lots of likes, some Happy Birthday Mackenzie wishes and maybe even a few families would show up for the party at their house.

There is light; the community wrapped their arms around the Moretter family.

Suddenly, more than 700 people joined a Facebook event she titled ‘Mackenzie’s Birthday Party’ with hundreds advising they would be there on Saturday for Mackenzie’s party.

Not only were they showing up but offers started rolling in from businesses around the community for a Frozen themed birthday cake (big enough to feed hundreds), food, drinks and someone even made a huge banner saying “Happy Birthday Mackenzie”.  Aaaaah.

The birthday party took on a life of its own, was moved to a local park to accommodate everyone and even the Mayor prepared a very special birthday document for Mackenzie!

Mackenzie couldn’t wipe the smile from her face, her parents were overwhelmed by the generosity of the community and even those who joined in the party couldn’t have felt better.

The children who received an invitation should have attended willingly; to celebrate with a classmate. And even if they didn’t want to, their parents should have shown them the right way to behave.

But it did. And I have to say that I feel better knowing it had a happy ending. Perhaps next year, Mackenzie will have a new group of friends, all found at the park, to invite to another “big girl party”. You go girl!

Have you ever had a situation where your child has been really let down for a special celebration? Does your child struggle fitting in at school? What do you wish you could say to those children and their parents?