Article Should I start my child at school early? 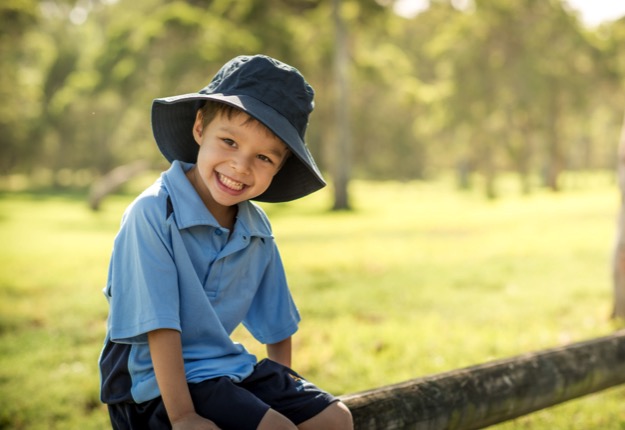 This question has been bugging me for a few months now, ever since I moved back to Tasmania and discovered that their school entry policy is different to that in Western Australia.

Here in the great southern state, children must turn four by January of that year in order to start kindergarten.

When I was living a high-powered, corporate life in WA’s capital, Perth, I had my daughter on the list to start at an excellent Montessori private school. The Montessori schools begin at age three (I know, it’s very young, but there’s a whole philosophy around it and they aren’t being made to sit down and do phonics or anything). You can start your child at any term during the year, as long as they are three, toilet trained and ready.

The public school entry policy is different too: in WA your child can start school the year they turn four, as long as they turn four by 30th June.

My daughter will turn four in March next year. If she were in WA still, she would be attending pre-kindy programs now, ready to start at kinder next year. But here in Tasmania she must wait a whole extra year to start.

What if she gets bored?

My daughter is a smart cookie. I wouldn’t go so far as to call her gifted, but she is a fluent and prolific talker (my word does she talk!), she can read and write her own name and knows the letters, she has begun to take an interest in what words say on the books we read together. Her counting is great, and generally I believe she has the academic skills to start school.

I know that academic skills are the lesser part of what children need in those early years of school, though. Social skills and skills of independence are much more important at that age. Children need to know how to take care of their own belongings, how to take turns and concentrate for periods of time, how to work as a group and how to make friends.

I’m not sure if my daughter is quite there yet, but I do feel she will be there by the end of this year.

But she’ll have to wait another whole year to start school.

What will I do with her in the meantime?

There’s an hour and a half of pre-kindy once a week. There’s other pre-kindy programs attached to private schools nearby that I’m thinking about – but that would involve shelling out for uniforms and things for just an hour or two a week. We do swimming and occasional play dates and she goes to a wonderful daycare part time. But when she’s at home I wonder what she’ll do with herself.

I am most likely worrying over nothing. She has never had a problem entertaining herself before. She’ll potter around, drawing, colouring in, reading her books and playing with her toys.

Besides, just because I’m worried she’ll be bored at this age, it doesn’t mean I should rush to get her into school. Once she’s in, there’s no coming out.

And it may be a good thing to be among the oldest in the class, instead of the youngest.

My parents were living overseas during my primary school years and the way the terms worked out, I was a year ahead of myself when I returned to Australia for high school. I was eleven in grade 7 until the end of August.

While I had no problems academically, socially I was a mess. Of course, the culture shock played a large role but I wonder now whether I was just too young for the social situations I found myself in.

After all, there were thirteen year olds in the same class as me. Two years makes a big difference in the teenage years.

It’s so hard to know.

I consulted with my mother who is an award-winning early childhood teacher. She told me that in her experience, older children cope much better than younger children in the early years. She reminded me that Australian children start school very young compared to other countries. In fact, the majority of countries have a starting age of six, and many of them have seven as a starting age.

In Australia, the compulsory starting age differs from state to state, but in general most children are attending formal schooling in the form of kindergarten before the age of five.

The older a child is when they start, the better they are able to cope with the school routine, and the more prepared they are to master formal learning goals.

So it seems like I have my answer. I will wait another year rather than jump through the hoops to push my child into school early. I accept that my daughter might (just might) need a little more social and academic stimulation for the next year and a half, in exchange for the likelihood that she will transition more easily into big school later on.

What would you do? SHARE in the comments below.