Article Should you let your teenager skydive? 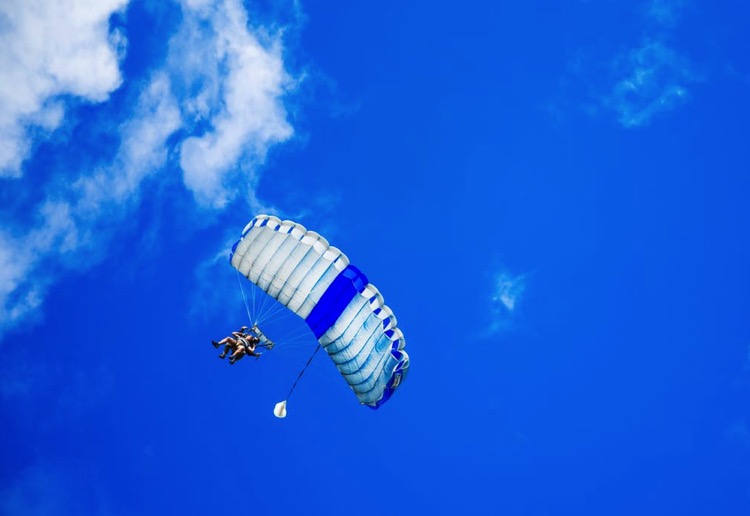 Skydiving is a popular, adrenaline-fueled activity on most adult bucket lists, but it is safe for young people?

Skydiving is one of Australia’s leading adventure tourism industries. In 2015, there were 162,233 tandem skydive jumps around the country, according to the Australian Parachute Federation (APF). It’s a figure that has risen by at least 10,000 annually since 2010.

While skydiving is considered a sport reserved for adults, the fact is, the minimum age restriction set by the APF is 12 years old. The age limit for tandem skydiving was reduced from 14 to 12 in 2012 due to “participant and industry demand” said Kim Hardwick, APF Technical Officer.

In 2014, 12.8 per cent of the 151,468 tandem jumps made in Australia were by students under the age of 20, states APF records. Tandem skydiving for teens is an exciting adventure but until they are 18 years old, a parent must give consent.

When Andrew Cohen’s son Linus wanted to do a skydive for his 16th birthday, it was a bit of a shock.

“He just expressed an interest to go skydiving, which was quite a surprise because he’s certainly not the daredevil type. But he was keen to throw himself out of a plane, so we said yeah, sure,” he said.

Linus, who’s now 22 years old, has made skydiving a yearly ritual since. He’s now done seven birthday skydiving jumps over Busselton, Western Australia. When he was 19, his 16-year-old sister, Clementine shared the experience with him with her first tandem jump.

On that occasion, Andrew had two children skydiving from the same airplane load but he said he and his wife “felt quite relaxed about it”.

Andrew also said the statistics show that skydiving is safer than you might perceive it to be.

“When these things happen, you fall back on statistics. The record is fantastic so the risk must be extremely small,” said Andrew.

Five years ago, Rivka Steinhouse Garson’s children, Hailey, then 13 and Brett, then 10, did skydives in New Zealand (where there is no age restriction) when on holiday with their father.

“I was scared out of my mind but I totally trust my ex-husband. You must trust the situation. I was scared but then I thought, ‘they’re young, let them enjoy the adventure’,” she said.

Rivka said both her kids loved the experience. Hailey is now old enough to make her own decision but if 15-year-old Brett wanted to go again, she would have no problem signing the waiver.

What skydiving means for teens

Skydiving in Australia is a heavily regulated and professional sport. There are strict guidelines about staff training, parachute equipment and plane maintenance.

All skydiving companies conduct a safety brief before every jump and of course, jumps happen with licensed and experienced skydiving instructors.

“It’s very reassuring for parents because once the kids get there [to the drop zone] and get into their harness, you’re impressed. When they’re in a jumpsuit and a harness and they trot off down to the plane, you stop thinking about all the potential risks,” said Andrew. “But when you’re standing on the beach, it’s lovely when you see those parachutes open.”

Skydiving is a risky activity but, let’s fact it, young people also think it’s cool. And kids who do it get bragging rights. But it’s not just about showing off, the experience can lead to new conversations.

“I think a 16-year-old being able to say to his mates, ‘I went skydiving on the weekend’ probably has a certain prestige or value in his peer group,” Andrew said. “[For Linus] to say he’d done something that was not an intellectual achievement would undoubtedly have been something which would have opened up avenues of conversation with his class group that would otherwise not have existed.”

Hailey said skydiving was “one of the best things I’ve ever done.” After her jump, she was eager to share her adventure with her friends.

“I had photos and stuff that I put all over Facebook and Instagram. [My friends] thought it was really cool. Not many people are allowed to do that so young,” she said.

Not only can skydiving open up conversations with peer groups, but it can open the door to discussions within your family.

If your child wants to skydive, talk about it. Assess your child’s excitement and fear. You may even have to ask yourself, ‘Is my child afraid, or am I?’

“Life is full of the unexpected. Why instil fear before they’ve had the opportunity to experience it? That’s our philosophy,” said Rivka.

So, should you let your teenager skydive? Only you, as a parent, can decide whether your minor should go for a tandem skydive but Kim said parents and children need to consider the risks.

“The biggest consideration is that the child is capable of understanding the risk they are taking. There is risk in skydiving. It is not a carnival ride. If a child (or anyone), is unable to understand the risk they are undertaking, they should not make a parachute descent,” said Kim.

Have your kids asked about skydiving? Let us know in the comments.